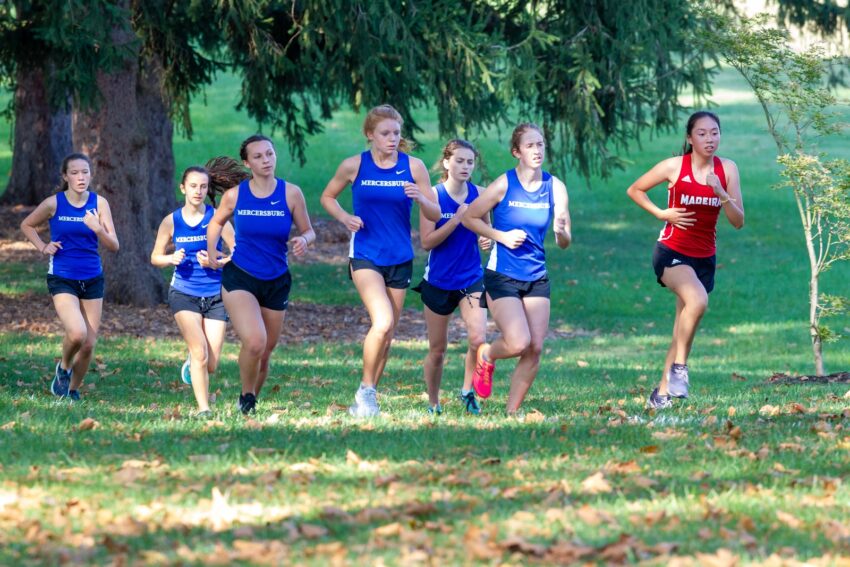 In their first virtual meet of the season, the Mercersburg Academy girls cross country team raced against the Hill School and Blair Academy. Many runners put up a commendable performance. Anna Deavers ’21, for example, ran about the same time as she did at the end of last year’s season. Lois Hargrove ’21’ ran a PR (personal record) in the virtual season opener. Addie Geitner ’21 particularly stood out, earning third place overall. Although running a virtual meet was strange, it was nonetheless extremely promising for races to come.

Asked about the team’s performance, Head Coach Betsy Cunningham said, “The team did a fantastic job of training during last spring and over the summer.  As a result, they were in good shape when they arrived back at [Mercersburg Academy]. I was extremely impressed with their first virtual race.”

Maddie Schermerhorn ‘22 excitedly said, “Our team looks super strong this year…. Everyone went out and did their best and I was super impressed with the team’s performance. I think it was a great marker for where everyone is. During practice everyone works super hard and I think it really paid off during the meet!”

The team is fortunate to have a dedicated group of seniors who lead by example through their positive outlook and encouragement to new teammates.

Blue Storm runner Elizabeth Flaherty ’21 said, “Before this year, I was motivated to work hard just to beat someone in a race, but now I just want to be my best self and release stress in a healthy way. I find it more enjoyable to actually run this year compared to past cross country seasons because I enjoy pushing myself and working hard. As a team, everyone was very encouraging and showed support to one another. I know that everyone felt frustrated that we couldn’t race in person, but the overall spirit of the team was as abundant as ever. Overall, the whole team did their best and gave it their all.”

Mecersburg’s first virtual cross country meet certainly exceeded expectations. Not only was it a huge success, but it banded the team together and they remained spirited despite the circumstances.