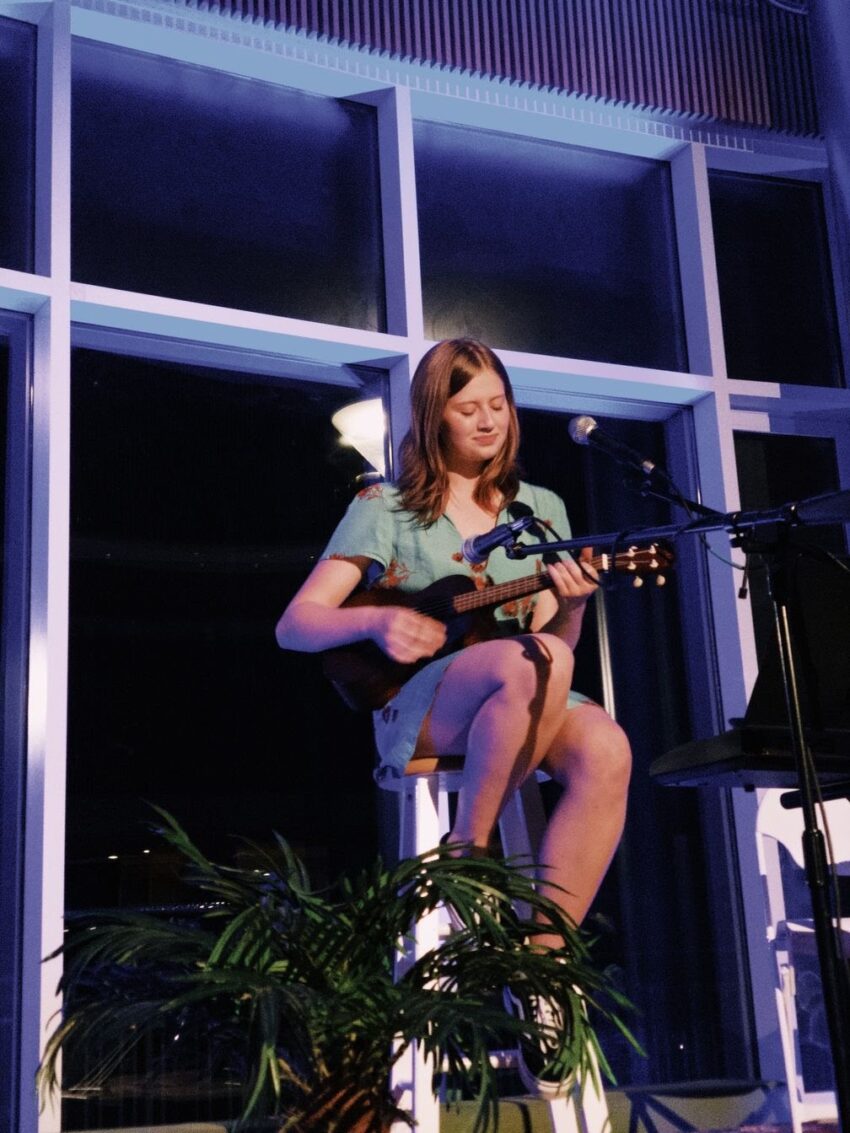 Spoken Word is a respected, yet sadly sometimes under attended, event at Mercersburg Academy. At the event, students of many different backgrounds come together to present amazing art through poetry, comedy, and song. Spoken Word events are typically held on campus in the Burgin Center, and oftentimes there are warm drinks and snacks available. However this winter term, like all school events, it was virtual. Although this change posed some challenges with connectivity and a live presentation, everyone who was able to attend agreed that it was ultimately successful.

Ryan Bland 21’ organized and hosted the event. Michelle Poachelli, a member of the English faculty and Director of the Writing Center, usually organizes and helps run the Spoken Word events. Poacelli said, “This was his event, and his idea, and typical of Ryan who doesn’t have a slack bone in his body, he put in the work to make it happen.” If you know Bland at all, you know that he is a hard worker, and this event was largely successful because of his efforts.

Bland said, “The process mainly involved reaching out to members of the school community to perform and participate—lots of emails to students who had performed at Spoken Word in the past or who had expressed interest in doing so. It also involved lots of community outreach which couldn’t have been done without the help of Trini, Ms. Poacelli, and the Virtual ‘Burg newsletter team.”

Bland was the Emcee, but he also performed poetry written by Amanda Gorman, this year’s chosen national poet to perform at the inauguration. Bland said, “[my] hope was that this event would be a time when people could come together, relax, and listen to some incredible Spoken Word after a long week of virtual classes.”

The event included poetry readings from Ryan Bland 21’, Saskia Mentor 21’, Maddie Dawson ‘21 and Mel Cort 22’. There was also a musical performance from Emma Shuford 22’, and a standup comedy routine from myself. Overall, the event ran very smoothly. Cort said the virtual performance was “weird because I knew that people could see me but I couldn’t hear their reactions in the same way. It certainly was less pressure, but it wasn’t as fun without a live audience.” Performing comedy, the lack of audience response was very challenging. I wasn’t sure if people enjoyed the performance or thought it was funny until afterward, when I saw all of the snaps and applause.

While the audience members wanted to support their friends, they also truly wanted to experience the virtual Spoken Word event. Izzy Lewis 21’ said, “It was definitely not the same as it would have been if we were in-person, but I think it went pretty well under the circumstances. I enjoyed hearing my peers perform and being able to see everyone up close. It was nice to be able to see the audience’s reaction in a way that an in-person event doesn’t allow for. It was challenging to be able to fully support and applaud the performers because we were all muted and behind a screen.” Even though the event was virtual and everyone can feel so disconnected from one another, having a virtual event of a previously attended one at school went off with a bang!