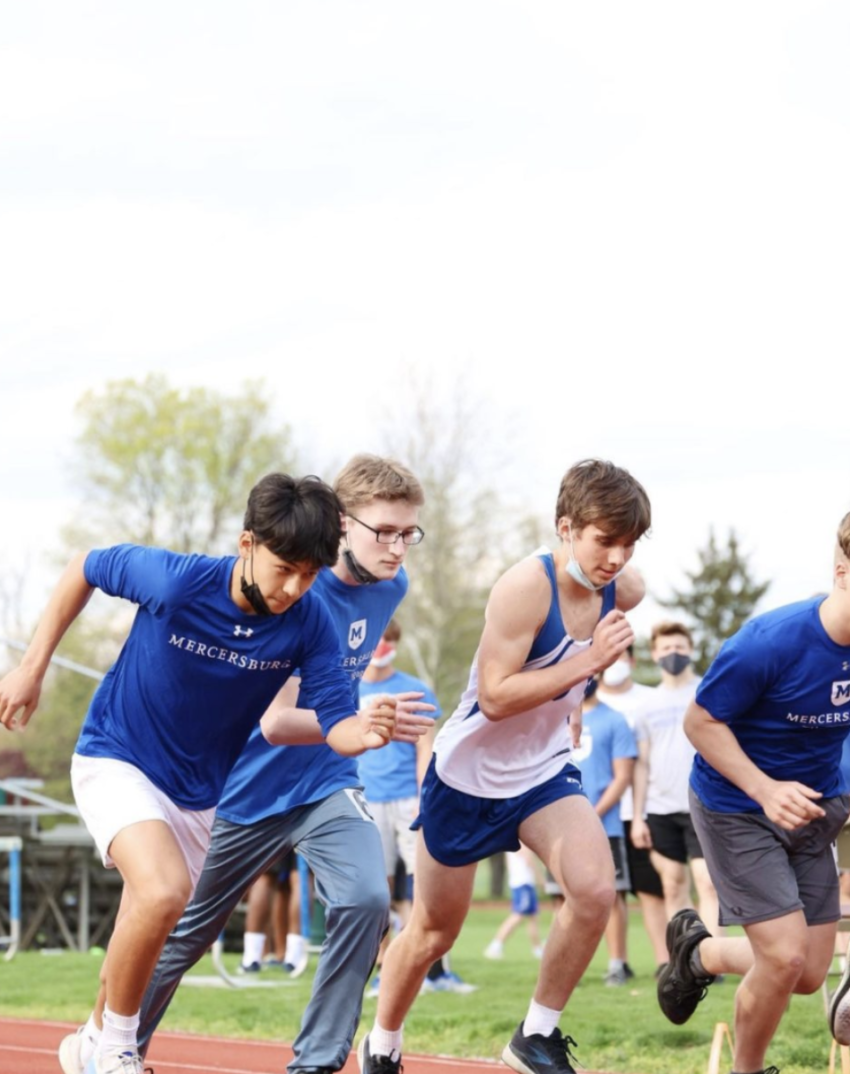 On Saturday, May 1, the track team held its first and only interscholastic meet against the Hill School. Prior to competing, there was a range of emotions; coach Rachel Mallory said, “People were excited, nervous, and eager for competition against another school.” At the same time, many students were also trying to learn the “flow” of track meets as up until this contest, the team has only had the experience of two intrasquad Blue and White meets. And while that competition satisfied a temporary need, many athletes explained that competing against their own teammates did not compare to, in the words of Greta Lawler ‘23, “the pure adrenaline of racing against another team.”

Covid has made it an odd year for sports all across the board; the track team, like others feels cheated out of a lot of valuable competition time. In a normal year, the athletes would have had thirteen weeks of preparation coordinated to peak at MAPL competitions; however this year, they were given only seven weeks to get to top shape, Mallory explained. On top of that, the long winter break kept athletes from being as active as they would typically be on campus, so it took longer for them to get back in shape.

Nevertheless, the athletes continue to push through practices in order to get the most out of this year. Many people missed out on their winter PGA’s, and this, in turn, forced the winter programs to continue into the spring season. PGAs like basketball, squash, diving, and wrestling are all currently practicing, but these athletes are also expected to participate in track at least twice a week, making the dynamic complicated.

“It has been fun to see everyone really get into it, especially the athletes who participate in other sports,” Folake Okunsanya ‘21 said. And while ultimately, Mercersburg did lose to Hill, it was a pretty close match, and the athletes are all excited to hopefully reach new personal bests in the final Blue and White meet coming up in under two weeks.