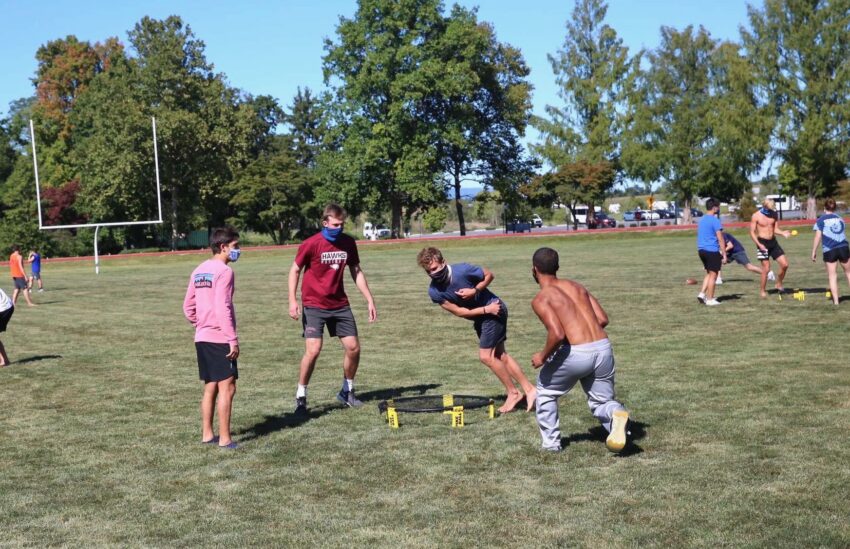 In the absence of PGAs and opportunities for physical activity in general, the on-campus quarantine has proved to be difficult for most on campus. Community members have felt inactive as a result of the restricted physical boundaries and limited time outside. Luckily, during the quarantine, recess provided the solution and ultimately grew to be one of the most important times of the day, offering satisfaction for the aforementioned cravings. Marco Malo ‘21 stated, “We loved to play kickball and ultimate frisbee and it was just a good way to incorporate bonding and physical activity. Running around after being locked in your room all day is such a relaxing feeling and playing games with your friends and floormates can be the highlight of anyone’s day.” Evidently, recess sustained students mentally through the quarantine period. It goes to show how human interaction, when coupled with exercise, is imperative for student health and wellness.

Over at Main Hall, French teacher Ben McNeil introduced a much different game (some might call it revolutionary) to the students of the second floor. When asked to explain, Mr. McNeil said, “It is called ‘bottle bash’ or ‘pole-ish horseshoes’ (because it’s played with poles). Using a frisbee, you try and knock your opponent’s bottle from the top of a pole. But pay attention when you are not throwing: you have to catch the frisbee or else the opposing team scores a point. You can also catch the bottle before it hits the ground to prevent points. It’s fun because it keeps you involved in the game whether you are throwing or not.” Even when people did not necessarily understand or know how to play the game, students were able to intermingle (at appropriate distance) and form bonds with others in their circle, whether they knew them well or not.

Forming personal connections is especially important when bringing in the new students. One of Mercersburg’s postgraduates, Trevor Torres ‘21, said that he truly came to know his wing as a direct result of the football and ultimate frisbee games that occurred during the recess period. Now that quarantine has ended, incoming students now have the opportunity to associate themselves with their peers in an athletic environment. Nevertheless, the foundation for the camaraderie that exists within every Blue Storm team was laid in dorm circles at recess.

Despite quarantine being a thing of the past for the fall term, the activities that sustained students during the lockdown are still being played outside in Phase 2. Malo stated, “Ultimate frisbee and kickball should 100% become normal things. They’re very easy games to play and can include huge groups of people which will only add to the fun.” McNeil agreed, adding “When the ‘okay’ was given for students to intermingle with other circles, I witnessed an amazing phenomenon. The ultimate frisbee players still played with the same people they had been playing with [for] the last five days.”

Who knows how long these campus favorites will last? They might become popular enough to sneak into a cemented Mercersburg tradition, become a club (ultimate frisbee has already been mentioned in this regard), or even be played for Irving-Marshall. Only time will tell.