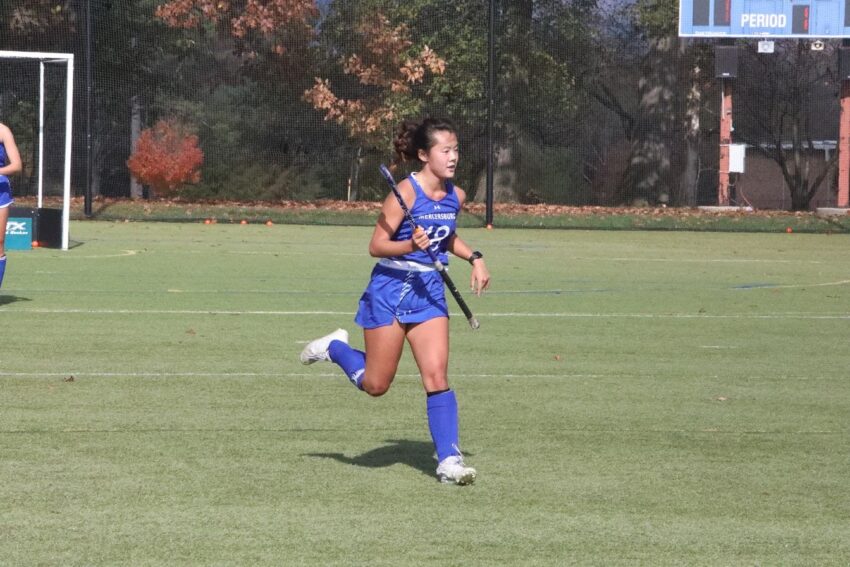 The life of a student-athlete can prove to be extremely challenging. Having to balance school with practice, games, and workouts is never easy. Madi Norris ‘21 is a four-year senior who is no stranger to the rewarding, yet taxing job of being a student-athlete. During her extensive career at Mercersburg, Norris committed to four years of field hockey and lacrosse, as well as two years of downhill skiing and snowboarding.

Norris has played lacrosse since second grade. “Lacrosse is most definitely the sport I’ve dedicated the most time to.” Lacrosse season is her favorite time of the year because of the coaching staff and the overall spirit of the team. Norris also loves the atmosphere of the spring athletic season at Mercersburg. “It has the best feeling, the weather is finally getting warmer.”

One of the most important aspects of team sports is the camaraderie and dependability of teammates and coaches. Throughout her time as an athlete, Norris battled continuous health issues that held her back from performing to the best of her ability. However, with coaches and friends by her side, she was able to surmount these challenges. She attributes a lot of her growth to her lacrosse coach, Kristin Ahlgren, “I know for certain I would not be the same person I am right now without Coach Ahlgren. I’ve learned to push myself, push others, and be an encouraging teammate anywhere I am on a team. I have learned to let myself be challenged, be disappointed, but most importantly, let myself be super proud of my accomplishments.”

It’s common at Mercersburg to develop friendships through athletics. “I am so thankful for my freshman year to have met Jill Ahlgren [’19], who soon became one of my closest friends. Liz Kendrik [’21] is also one of my closest friends.” Norris is grateful for the lacrosse season, which ultimately brought them all together. According to Norris, one notable facet of Mercersburg athletics is that “grades and hierarchy don’t exist.” On the field, all of that falls away and the emphasis is on team building and leadership.

Norris’s favorite athletic achievement dates back to a field hockey game during her sophomore year. “I forgot my field hockey stick back at Mercersburg; I realized I left it when we got to Peddie. So, I had to borrow someone else’s stick, but I ended up scoring twice, winning a MAPL game 2-0. I was so proud of myself, especially because I play defense.”

Norris shared a few pieces of advice to the athletic community at Mercersburg. “Use your resources as much as you can: go to the gym, go to the trainer, use the issue room. I know that I’ll miss it next year.”

Her words of wisdom: ”Enjoy the time you have with your teammates. I know that all the moments I’ve had have been ones of growth.”