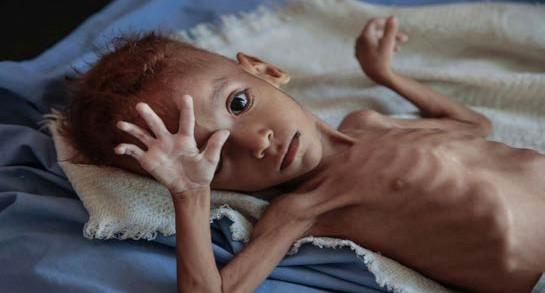 “Every 10 minutes a child dies from preventable causes in Yemen,” said UN Emergency Relief Coordinator Stephen O’Brien in January 2017. The Saudi Arabia-Yemen conflict is the main reason why so many innocent civilians are dying in Yemen. The civilian death toll is intolerable. It is for this main reason Saudi Arabia should stop bombing Yemen.

The Yemen-Saudi crisis started in 2011 when Ali Abdullah Saleh abdicated the Yemeni presidency to Abdrabbuh Hadi. Saudi Arabia is a predominantly Sunni Muslim country, and Hadi is a Sunni leader. Saleh, on the other hand, was nominally backed by a group called the Houthis, a Shiá Muslim tribe, after his resignation, until he sided with the Sunnis in late 2017. When Hadi’s rule became unstable, the Houthis decided to take their chances and revolt with nominal Iranian backing, as Iran has never been friendly with Saudi Arabia or its proxies and has preferred Shiá rule in the Islamic world. Saudi Arabia, armed with US weapons, decided to try to forcefully take power by engaging in a series of airstrikes against the Houthis.

Saudi Arabia is much stronger than Yemen, and this war should not be their priority. Instead, they should be expanding their oil revenues or investing in future energy sources such as solar and wind, instead of spending billions on attacking Yemen.

Are the bombings worth it? No, they aren’t due to countless non-military casualties. In Yemen, more than a third of the country is on the verge of death, which these innocent civilians don’t deserve. Thousands of children have died, not only from the bombings but also from “silent deaths,” the preventable deaths resulting from starvation and treatable diseases. What we in the developed world consider normal, such as clean water, food, and clothes, are a luxury for many in Yemen. In 2015, Saudi Arabia blockaded a port, which normally conducts the passage of 80 percent of Yemeni food, and they later bombed it nine times. The Saudis bombed a bridge over which 90 percent of Yemen’s food aid crosses. As these incidents continue, millions of Yemenis starve. According to the BBC, Yemen has seen a 63% increase in child malnutrition, most of which can be attributed to the war.

But it’s not only for Yemen’s sake that Saudi Arabia must stop the war: Houthi rebels bombed a major Saudi oil refinery earlier this month, one which just happens to be in an area where I have lived for more than a decade. Oil prices across the globe have shot up since then. Though no one was hurt, if the bomb had been placed several kilometers closer to the residential areas, many civilians could have died. This shows that Saudi Arabia is also in danger of significant civilian fatalities if the war continues.

Children should not have to die because Saudi Arabia couldn’t watch a proxy fall to Shi’a Islam. Yemeni children should not face slow and painful death from cholera and starvation. Civilians shouldn’t have to sit in front of an empty dinner table and wonder whether this night will be their last. Saudi Arabia ought to stop bombing Yemen so that both Saudi Arabia and Yemen can be safe places where people can prosper.