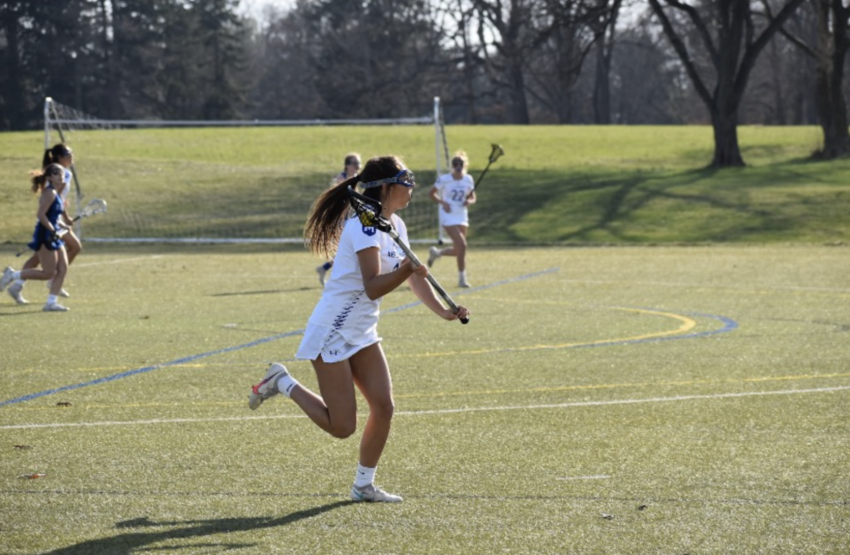 The Mercersburg girl’s lacrosse team is off to an amazing start, with the varsity team accruing a 4-1 record. The team’s smallest margin of victory has been an astonishing 8 goals, and they’ve eclipsed 20 thus far. With a loss against Blair being the only blemish on their record, the varsity team is eyeing the MAPL title. Given this strong, early showing, what exactly has been the key to their success?

“The team is able to work well together and the people on the draw circle are amazing. Our attack is also amazing especially because of how good Zareen and Zareena are,” said Page Starkey ‘24.

Zareena Sorho ‘22 believes that the key to the team’s success is more than about just being good; it’s about teamwork. “[It’s about] supporting my teammates as much as I can and putting them first instead of myself,” said Sorho.

The head coach, Kristin Ahlgren, believes that the team has prepared itself for the season by “building team culture and chemistry, practicing high-level skills and concepts, and doing the work to be physically ready to outplay our opponents.” She strongly believes that mindset plays the key role in a player’s faith in their team and themselves.

“We talk about being ‘in sync’ a lot, and having strong team bonds helps the team connect better on the field. Knowing your teammates trust you and believe in you allows you to take risks and make mistakes without fear… You have to make a lot of mistakes in order to be really good,” said Ahlgren.

“We also believe that ‘happy people play better’ so warming up with a game that will make everyone smile and laugh gets us ready for a good practice. Smiling and having fun helps everyone play better because you lose that fear of failure and you know you belong.”Despite the team’s success, there is always room for improvement. Ahlgren mentioned defensive slides, awareness, and shooting under pressure as key skills to work on. The team has a challenging schedule ahead of them. “I know we’ll keep getting better as the season goes on. We are playing some very strong opponents this year, which just makes us better,” Ahlgren concluded.