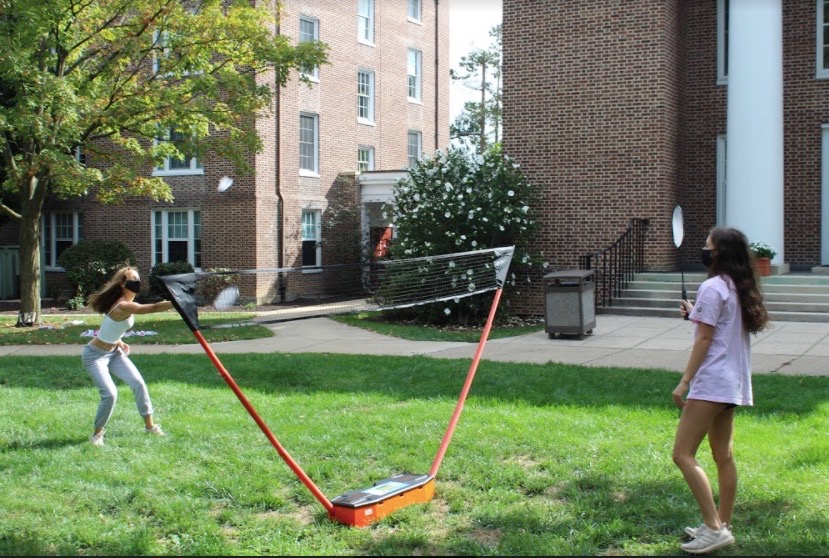 There are hundreds of, if not, thousands of sports in the world that people actively participate in every day. As diverse as the Mercersburg athletic department is, there is a limit to what kind of sports are offered to students.

There persists the desire to participate in these sports on campus, though. Tri Vu Kieu ‘21, a rugby player, has long awaited the addition of a rugby program to the PGA repertoire. “I think one main reason that these particular sports should be considered is because it would help build relationships.” Mercersburg has such an international student body, which would inspire connection among those who share a common athletic interest. “For example, rugby club was something I didn’t think I would like, but after being in it for 2 years, it has allowed me to create friendships with upperclassmen through our love for rugby,” Kieu continued.

This hope for sport representation does not derive solely from rugby. Chuks Ugori ‘23, a badminton player, argued, “I think badminton should be considered simply because it’s the second most popular racket sport in the world after tennis. About 220 million people worldwide play badminton and only 15-30 million play squash, yet squash is offered [at Mercersburg] and badminton is not.” Given the international popularity of badminton, its transition from a yard game to a solidified PGA is worthy of deliberation.

As much as students may want these new sports to be added to the curriculum, there are still logistics and difficulties that materialize in creating a new program. Rick Hendrickson, the Dean of Experiential Learning, explained that, “Mercersburg is always open to co-curricular programming innovations and additions. We have recently updated some sports and added other PGAs.” However, these additions fail to undermine the effort inherent in the augmentation process. “Adding any PGA involves an analysis that includes interest on the part of current and prospective students, facility needs, equipment needs, potential places/schools for competition, and coaching/leader needs. To add a hockey team for example, we would look at where that team could practice and if we would need to build our own rink.”

Kieu also weighed in on adding a new PGA, “As an international student, I understand how the school faces challenges in making these sports official PGAs. I understand that it is hard to maintain a group of people to play the sport and to determine a sense of interscholastic competition.”

Mercersburg has always been trying to improve their athletic programs and accommodate for the sports interests of the student body. Of course, clubs are always an outlet that allow the community to enjoy these interests. For the time being, however, adding a new PGA to Mercersburg is a highly-desired but difficult task.