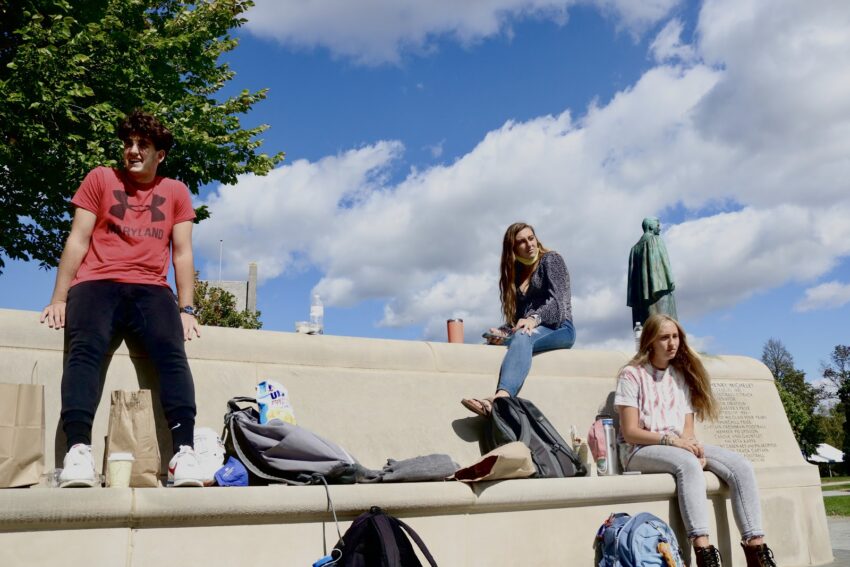 Along with migration to online classes and a new learning management system, the administration has been encouraging Mercersburg faculty and students to share their pronouns on their Canvas profile, in Zoom calls, and wherever else possible. It’s become a widespread initiative, with most teachers adding pronouns to email signatures and some students putting them in social media bios. The decision has received mixed responses, both from those who admire the effort and those who are worried about the safety of LGBTQ+ community members.

“If we normalize saying preferred pronouns and learn them like we learn a name, then hopefully there will no longer be a stigma around those who need to clarify their pronouns,” Monique Garcia ‘22 says. While that is the inspiration behind the movement, it also imposes the risk of pressure on Queer community members to explain their identities or risk confrontation if they don’t feel comfortable sharing pronouns in a classroom setting.

“I think it’s great,” offers Ellie De Leon, new to the science department. “That being said, I do think sometimes it can put a burden on people from that community to explain their authentic selves. Because of that, I hope that allies and others from the Mercersburg family will take the time to educate themselves and not put that burden on people who aren’t comfortable with it.”

Although this potential dilemma might not be apparent to those who haven’t faced these issues head-on, being “outed” via preferred pronouns can be dangerous within the school and even more so once beyond campus boundaries. Violence against members of the LGBTQ+ community is all too common. The Human Rights Campaign reports, LGBTQ+ individuals “face higher rates of hate-motivated violence, which can often take the form of sexual assault.”

The creation of new norms is never easy, especially for those being integrated into the majority group. While sharing your pronouns as a cisgender person might seem trivial or even unnecessary, it opens a space for trans and non-binary people to introduce their true selves and present themselves in a way that is entirely their own. Although the mission of this initiative is to give all students an authentic voice, be mindful if someone is not yet comfortable self-identifying. In addition, if you have any confusion about the grammatical usage or meaning of a pronoun, please approach the topic thoughtfully and take the time to educate yourself.

Pronouns carry a different weight with different people, so during this transitional period, let our community proceed with understanding, respect, and cooperation.