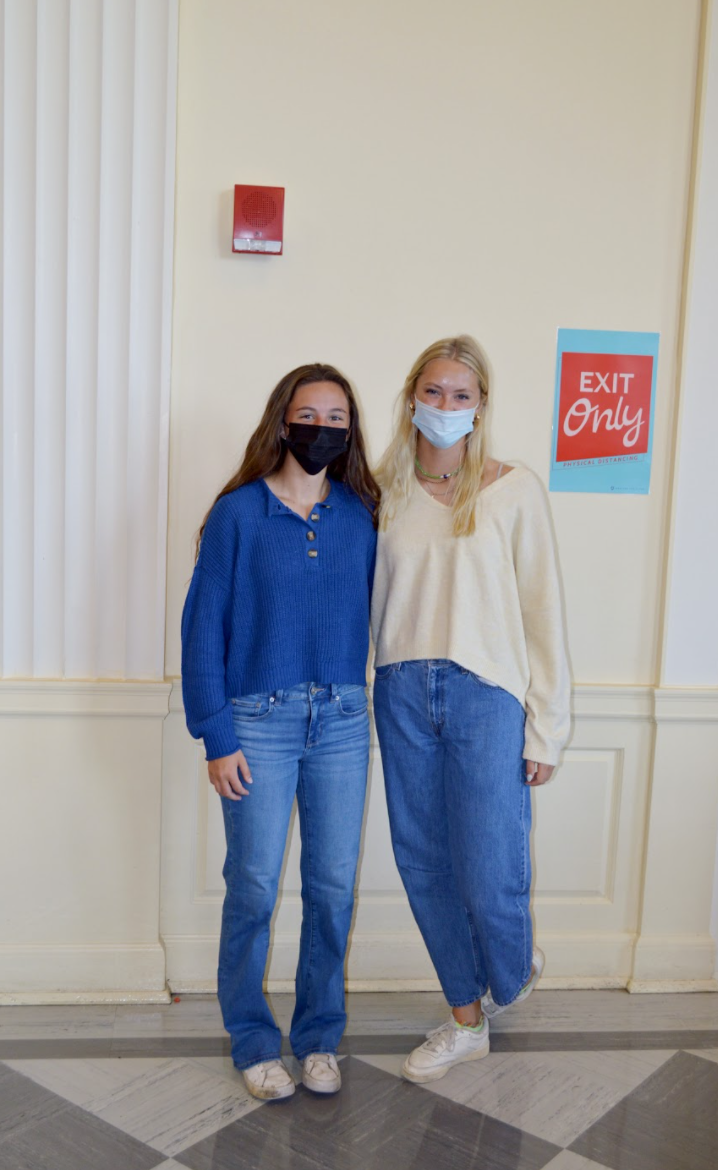 The start of the 2021-2022 Mercersburg Academy school year brought with it a long-coveted addition to the standard dress code: blue jeans.

Assistant Head for Student Life and Culture Chris Howes said that discussion of the dress code occurs every year, and “after a year of no real dress code it was appropriate to include blue jeans as we moved back to standard dress.”

The is a decision met with much joy from the student body.

Prior to the 2021-2022 school year, limits on pants for students were relatively strict. Colored jeans, khakis, dress pants, and skirts were the only things that students were permitted to wear. Many expressed their dissatisfaction. Maddie Schermerhorn ’22 said, “Not being able to wear blue jeans made me have to spend unnecessary amounts of money on pants only for school, stopping me from being able to put my funds into much more important places than my choice of pants.”

Howes said, “I honestly have no idea why blue jeans were not included in the dress code before this year.”

The reason behind the change remains unknown.

Sofia Mielke ’25 said,  I’m guessing that this new change was implemented because the administration reflected on the happiness that students expressed about being allowed to wear blue jeans last year and they wanted to continue the positive energy students seem to have around the dress code.”

Science teacher Ellie De Leon agreed. “I honestly don’t really know why this change was made. My best guess is because of the complaints from students.”

These complaints have been silenced. Cricket Tatone ’24 said, “I was upset they did not inform us of this dress code change prior to our arrival on campus, however, I am happy that it happened.” Tatone also believes that “blue jeans allow students more freedom and opportunities to express themselves through fashion.”

When the question of whether blue jeans were unprofessional arose, faculty members seemed to have similar opinions.

School Minister and religion faculty member, Will Whitmore, does “not believe blue jeans are always unprofessional,” but does “believe they have a time and place.” He does grant that he is “fine with the change as long as they are neat and in good repair.”

De Leon expressed a similar point of view, saying “I think it’s too subjective to say whether blue jeans are unprofessional or not because it all depends on how you’re wearing them. Some people find ways to wear them in a chic, professional, classy way while other times jeans can look trashy.”