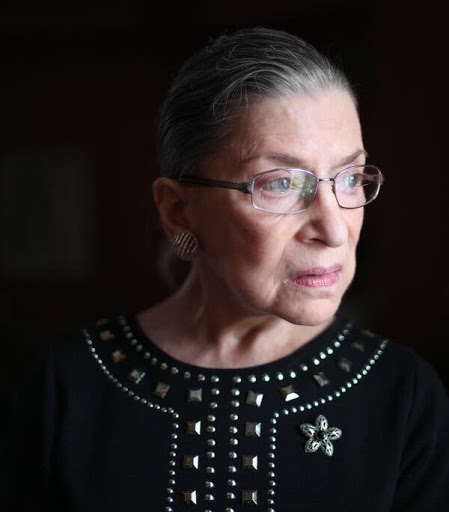 Supreme Court Justice Ruth Bader Ginsburg, who died on Friday, September 18, was a powerhouse. She was, and still is, an American cultural and feminist icon, who, even in her late 80s, carried the voices of those who fearedor were prevented to speak. Ruth Bader Gisnburg was a historical figure. Her accomplishments invoke a tremendous amount of inspiration. She launched the American Civil Liberties Union Women’s Rights Project, was named one of Forbes Magazines Most Powerful Women, was inducted into the National Women’s Hall of Fame, was the recipient of this year’s National Constitution Center’s Liberty Medal, and was, of course, Supreme Court Justice. But despite all these impressive feats, her words remain even more important and, dareisay, profound.

“My mother told me to be a lady. And for her, that meant be your own person, be independent.”- RBG

Ruth Bader Ginsburg redefined what it means to be a woman. She spent the majority of her legal career as an advocate for gender equality and women’s rights, and was easily the most important legal advocate for women in American history. It has often been said that “she changed the way the law sees gender.” In fact, “The United States Supreme Court did not even recognize that the Constitution prohibits discrimination based on gender until 1971 — and that’s Justice Ginsburg’s case.” She was an undeniable force when it came to gender equality. She showed the Supreme Court, and the entire nation, what equal truly means; the same, not mere accommodations for either gender. Ruth Bader Ginsburg led by example, showing the world that women are not simply mothers, wives, and supporters, but strong, independent leaders of the future.

“Fight for the things that you care about, but do it in a way that will lead others to join you.”- RBG

Ruth Bader Ginsburg was a leader. She attended Harvard Law School, where she was one of nine women (out of 500 students,) and then transferred to Columbia Law School where she graduated at the top of her class. However, upon graduation, she failed to receive a single job offer from any New York law firm. She was not only a fierce advocate but a direct example of gender discrimination in the workplace. She continued to persevere and broke the glass ceiling in the field of law. Ruth Bader Ginsburg was one of few examples for younger female lawyers and an extraordinary mentor.

“Women belong in all places where decisions are being made. It shouldn’t be that women are the exception.”- RBG

Ruth Bader Ginsburg was a decision-maker. She was “tough as nails,” yet undeniably funny and warmhearted. A true pioneer at all levels, her large glasses and soft voice strengthened her arguments and enlivened her spirit. Ruth Bader Ginsburg believed in the importance of progress and of diversity in decision making. She led a legal crusade that lasted until the end of her of 87th year.

The world has lost a true hero, a woman of absolute power and overwhelming responsibility. Her loss is one that could easily take decades to re-generate, but her example will no doubt work to inspire future generations of both men and women that equality should never be a political debate and the ability to lead is a gift one should never waste. She was a lady, independent and individualistic. She fought for what she cared about and energized an entire generation of followers. She proved that women in power aren’t the exception but the solution. Ruth Bader Ginsburg, may you rest in power.