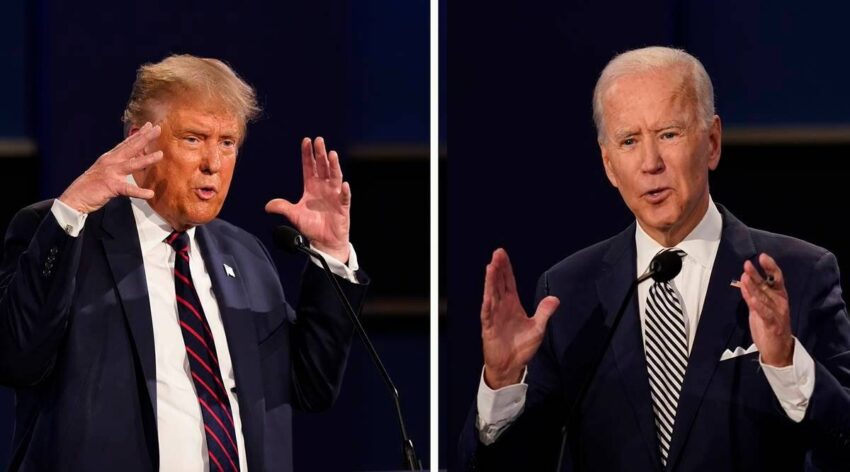 Like many others in the Mercersburg community, this past Tuesday, September 29, I watched the presidential debate between president Donald Trump and former vice-president Joe Biden. All I can say is that it was the worst presidential debate I have watched, and I would say I’ve watched more presidential debates than the average person my age. I’ll admit that I’ve viewed reruns of the Obama-McCain (2008) and Obama-Romney (2012) debates many times. I found myself missing the calmness and respect that the candidates seemed to have for each other during those elections, as compared to watching Biden and Trump bicker and interrupt each other like children. Honestly, I just felt angry, and I wondered, “Is this what politics looks like now? Is this what presidential means?”

I feel as though, as president, Trump has the responsibility to uphold a certain dignity when presenting himself in front of an audience. He represents America, and, as our president, he conveys our values and who we are. However, his performance during the debate did not accurately represent America or the American values that I believe to be true. When I think of the USA, I think about freedom, about a country where people are allowed to be who they are without judgement. But when I look at Trump, I don’t see that, I see the opposite. I wouldn’t say I’m very religious, but I do identify as Muslim, and as a person with brown skin; it makes me upset that people, in 2016 and now, could hear Trump’s rhetoric, look at what he’s said about people of color in the past, and still consciously believe that he is the correct person to lead our country. Our president refused to condemn white supremacy on a national debate stage. He told a known white supremacist group, the Proud Boys, to “stand back and stand by.” It scares me that the president of the United States did that, it makes me upset, and it makes me want to do everything I can to ensure that he is not reelected this year.