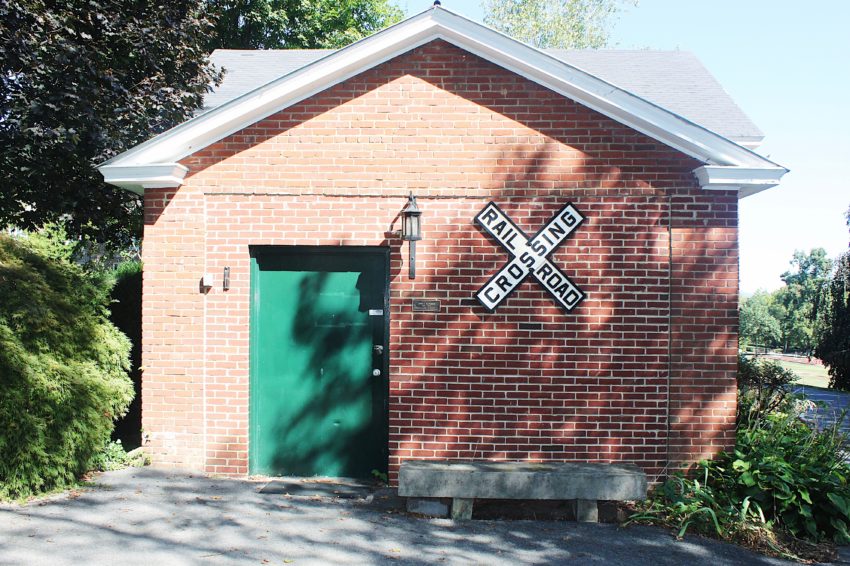 On the Mercersburg Academy campus, there are places known to very few. One is hidden between Rutledge Hall and South Cottage. It is a small brick house called as the McFadden Train Museum. Although it has added to the uniqueness of our campus for years, it is seldom open for visitation. It ought to be better taken advantage of.

The museum is named for John B. McFadden, who donated his collection of Lionel trains dating from 1970 back to the years prior to the Great Depression. The space offers a large layout showcasing a wide variety of standard gauge trains, consisting of at least 80 locomotives, 200 rolling stock, and at least 200 feet of operating track. Another large portion of the trains was donated by Robert R. Davis in 1990, containing a full standard gauge scale layout with engines, rolling stock, and buildings. Apart from the extensive collection, the museum also recounts important parts of history. Each model accurately shows the role of railroads during different time periods and relates to the industrial development of regions around the borough of Mercersburg. Moreover, it presents a map of trains on a large scale and details unique features, such as antique engines that are rarely found elsewhere.

Unfortunately, the Train Museum has not been effectively functioning for quite a long period of time. Currently, students can be let in occasionally when they request it, and not many make the effort to do so. As someone passionate about trains who seizes opportunities to go on rides, observe and build layouts, I see great potential in this space. The museum should not only be open for students, but also for the entire Mercersburg community. It is true that we might not receive frequent visits by students; however, if it were open to the borough, we could help raise funds to meet goals of maintaining the facility. Opening the collection to the community could also allow students to build greater connections with the town by volunteering to help run and oversee the museum. They could not only learn about the content of the exhibition, but also interact with and teach others visitors.

Recall a time when you were younger, and imagine how mind-blowing it would be for a child to see such a large model train set with countless engines and cars. By providing an increasingly rare form of entertainment and education for families around the area, the museum would be a precious opportunity for many and would serve as a bridge between our school and the wider community we live in.