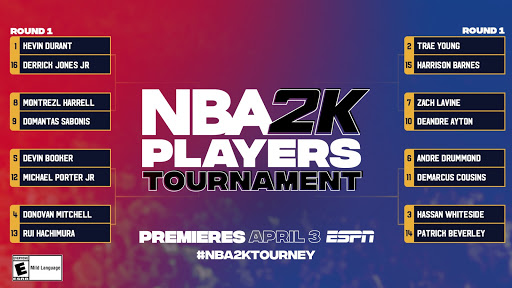 Like most television stations during the COVID-19 outbreak, ESPN, the self-proclaimed worldwide leader in sports, has had to change what they present on their network. With every sporting event either being cancelled or suspended, a network that shows the latest in the sporting world is presented with immense challenges: what can they cover for twenty-four hours a day?

While there is still news to examine, like the NFL draft, free agency, or where high school athletes will be going to college, ESPN still needs to find more timely topics to fill airtime. To overcome these hurdles, they televise reruns of famous events in sports history, like defining NBA games or classic college football games. They also show numerous episodes from their 30 for 30 documentary series or new releases of The Last Dance, focused on Michael Jordan’s last season playing for the Chicago Bulls. But one other major program they have been showing is Esports.

Esports, competitive video gaming, has grown exponentially popular over the past decade, emerging as a billion-dollar industry on par with the big four sports leagues. As of 2019, Esports is second in total viewership, with 84 million viewers, just behind the NFL. More and more people are starting to use game-streaming platforms like Twitch, playing games like League of Legends or Dota 2. And now, with the COVID-19 pandemic keeping most people in the United States indoors, Esports are poised to shine. According to statistics from Twitch, total viewership was up 31 percent in the month of March alone.

ESPN was eager to broadcast Esports, identifying April 5 as Esports Day. This seems ironic as former ESPN president John Skipper stated in 2014 that he did not view Esports as a legitimate sport.

In the absence of live sports coverage, ESPN has also broadcast current NBA players playing against each other in NBA 2K20, the most popular basketball video game on the market. Since NBA players grew up on video games, the NBA 2K series gained incredible popularity among the current stars even before the outbreak of COVID-19. This is similar to the MLB Network’s MLB: The Show Players League, where lead figures of America’s national pastime face off against one another in MLB: The Show.

Among Mercersburg Academy students, video games provide an outlet for something to do during the seemingly repetitive and endless purgatory of social distancing. “They help me stay social,” said Henry Kissam ’20, who enjoys video games like Call of Duty: Warzone and League of Legends. “Me and the boys all have the chat program Discord and mics so it keeps me in touch.” Ella Chatigny ’21, who always tries to find time on campus to play classics like Elder Scrolls V: Skyrim, has found that being home offers benefits with regard to gaming, says, “Gaming is now a lot easier and the wifi doesn’t shut off. Plus it brings a little bit of normalcy because I’m playing the same games as when I was at school.” Also, students who never could find the time to play video games now do. Penn State wrestling recruit, Aurelius Dunbar ’20 states, “It’s not even a question: it’s one of the only things I’ve done during this time.”

Esports connects students virtually, even while in quarantine. “ [Video games] have helped keep me sane through this trying time. I also get to keep in touch with friends through them, so that makes the experience more enjoyable,” Luke Thompson ’21 says. Chatigny put a finer point on the phenomenon: “You get to smack things with giant clubs in many of those games, which is great for stress relief. It’s also nice working towards a goal, even if that goal is admittedly gratuitous violence.”