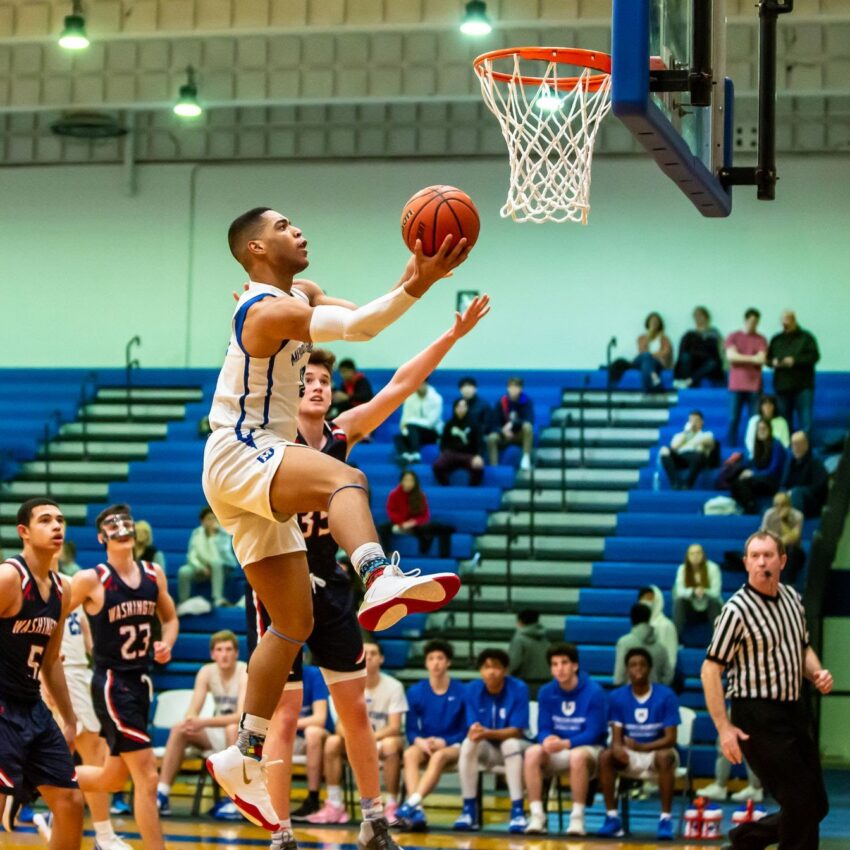 One year after completing his academic and athletic career at Mercersburg, AJ Gray ‘20 is set to play against No. 1 Baylor. Gray and his basketball team at the University of Hartford are officially ranked in the 2021 NCAA March Madness bracket. In the first round of the tournament, Hartford, seeded 16 in the south, is scheduled to face off against Baylor. This is contingent upon whether or not coronavirus intervenes. Baylor’s team, for instance, was plagued for almost an entire month by the virus. It has been an uphill battle of a season, with teams dropping like flies and some even going so far as to postpone several games, resulting in warped records and numerous lost games. Still, this season proved much more satisfactory than the last, and with a tangible culmination in the form of the March Madness tournament, spirits have never been higher.

As a player, Gray’s skill set must be traced back to his time at Mercersburg, where he excelled as a varsity basketball player. “AJ has earned everything that he has gotten with his hard work and dedication,” stated Sean Crocker, the boys’ baseball coach at Mercersburg. His undeniable talent as well as his devotion to the program contributed heavily to the team’s successes.

Crocker’s sentiments are shared by Gray’s teammates. “It’s really nice to see his hard work pay off,” said Chris Watson ‘22. Watson and Gray bonded as teammates during the 2019-20 Mercersburg basketball season, and as brothers off the court. “He hasn’t played much this year but I’ll definitely know next year how he is progressing,” stated Watson.

As he prepares to play on Friday, March 19, Mercersburg wishes Gray the best of luck in this year’s tournament and all of his future basketball endeavors. He serves as an example to all Blue Storm athletes past, present, and future.