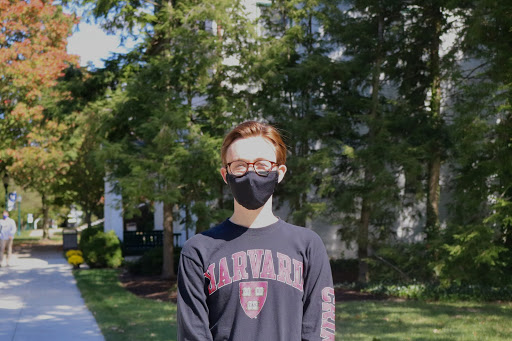 “Democracy is the worst form of government,” Winston Churchill once famously said, “except for all of the other ones.”

In an election year, during which the very fabric of our country’s electoral process is being reinvented, so too are all forms of democracy – even those at Pennsylvania prep schools. Last week, Mercersburg saw five students run for the offices of Student Body President and Vice President. As with all things this year, the election was markedly different than years past because of the coronavirus. Instead of gathering in the chapel to hear speeches delivered from the pulpit, students sat in classrooms while the candidates addressed them virtually. More than a quarter of student voters had never met any of the contenders, including me. I, like so many others, based my decision on the two minutes each candidate spent in front of the cameras. Speeches were given Wednesday, and the victors announced the following Monday: Ryan Bland ‘21 as president, and Matthew Tavarez ‘22 as his vice-president.

This year’s election demanded extra work, especially for the candidates. Last year, even before the pandemic, Bland already had his sights set on the presidency. His agenda, however, has shifted. “I wanted to advocate for some changes to the dress code, community ideals, the True Blue Cafe, and the school store,” he said. Since the virus, those concerns have had to take a backseat. “Now, it’s a lot more about making sure we’re balancing being safe with being able to enjoy our time here.”

In contrast, Tavarez didn’t seriously consider running last year, but over the summer he changed his mind, not because of the pandemic, but because of a similarly seismic event – the release of Hamilton on Disney Plus. “I related to Hamilton in a lot of ways, trying to set change for the better,” said the VP. “I thought Mercersburg would be a good place to start.”

Asked what issues they intended to address, both candidates were quick to bring up the school’s response to the pandemic. Bland brought up the current restrictions: “I want to see how we can make Stage II a little more liveable. . . There are things that the students want to see and the faculty are willing to consider, and those little things will go a long way.” He cited ordering takeout as an example. While the president seems to be focused on the quality of student life, Tavarez is more concerned with the “growing divide” on campus. “It’s harder for new students and returning students to meet each other.” He acknowledges the difficulty of making connections outside of dorm, class, and PGA circles. He also highlighted the divide between on-campus and virtual students and suggested solutions like pen pals or virtual SAC events. “We need to be the community we say we are.”

His attitude toward living up to Mercersburg’s ideals stretches beyond COVID concerns. One of the more potent points in his speech concerned sexual relations between students. He wants to advocate for “less stigma, about it, and more support in ways that involve better dorm policy. If you’re a senior, you get to close the door for example, and not have to have four on the floor. . . ” He added a disclaimer: “This is probably not going to happen this year. This change will hopefully be enacted next year, or spring term, whenever we can ease up social distancing and actually interact with one another without masks.”

There is no metric against which to measure this election. There has never been a year like this one (no, 1918 doesn’t count), and hopefully, there never will be again. These two candidates gained office through unconventional methods, and they will undoubtedly have to govern with limited tools and through unconventional means. The general goal they strive for, however, remains constant: the well-being of the Mercersburg community. As far as what that looks like this year, only time will tell.