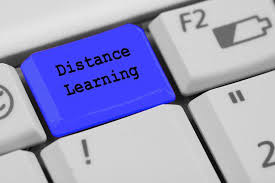 We asked students in times zones across the world the following questions:

Here were their responses:

“I would say that my experience with online learning has been positive so far. Since I’m a day student, my time zone has not affected my learning negatively. In fact, the changes to the school schedule have improved my sleep schedule. Earlier in the year, I would wake up at 7, since I live forty minutes away from campus. This became a problem because I tended to stay late on campus on weeknights in order to participate in extracurriculars like jazz band. With the new schedule, on most nights I go to sleep between 11 and 12, and normally wake up between 8 and 9. I have heard the school has considered starting classes an hour earlier to help Asian/European students attend more classes, and as a student on Eastern time, I would be fine with such an adjustment. All in all, the schedule works well with Eastern time and I would not be bothered by minor adjustments to help students in other time zones.”

“I’m in MST (Mountain Standard Time), which is two hours behind EST. My class times aren’t too different from those on the East Coast. The first class is at 8:00 AM for me, and it honestly inspires me to get out of bed earlier and be a bit more productive in the morning. The only thing I would maybe say could be a problem at all is attending early-morning office hours which, depending on the teacher, can occur as early as 5:30 AM my time. I guess I just want teachers to know that sometimes, if a student leaves a class abruptly, they might be having WiFi issues and they shouldn’t immediately assume that the student is being negligent. Of course, if they don’t come back or send an email, there should be consequences, but teachers shouldn’t get offended if a student’s WiFi quits (like mine often does) and they miss a bit of class.”

“I’m in Central time, so I go to bed and wake up pretty much at the same time. All my classes are in the day, and I sometimes watch the recording when the video quality gets a bit blurry or when I need to hear something again.”

“I am in Pacific Daylight Time and my classes are usually during the early mornings. A struggle that I face due to the time zone is that my first class of the day starts at 7 am PDT. This means that I have to wake up before then to look presentable, and the lunch block is when I eat breakfast. It would be nice for online classes to start later in the day, but it would only make it harder for students that live in other time zones. So I am willing to sacrifice a couple less hours of sleep for the greater good.”

“I am currently in England so I am five hours ahead of those in the States. This means my classes start at 3pm and end at 7:50pm. At the beginning I was good at getting myself into a routine with waking up and going to bed, but as time has gone on the will power has significantly diminished. I normally spend the mornings doing homework then going straight into classes. With the way my classes are scheduled it means that I normally miss out on eating meals with my family and miss out on a lot of family time in the evenings, as that is when my family normally congregate. As well as that when there are meetings after classes (like advisory or floor meetings) it means that I have to stay up later.”

“I’m five hours ahead of Mercersburg time, my classes take place from late afternoon to evening (that’s from 3pm to 8pm). My classes take part in the later half of the day, so I do homework and study in the morning. By the time it is time for classes I’m tired and not as active in class as I would like to be. Plus, there’s a new wave of homework coming in and the cycle just repeats itself. I go to bed around 3am and wake up at 10am. (I’m glad I still get to sleep in). I feel the school could adjust the amount of work given. I know this isn’t how anyone planned to spend spring term and since the year’s been cut short there is more work to do in a smaller amount of time, but I feel I’ve been receiving a lot more work now than I did when we were all on campus. It’s understandable that they’ll expect us to have more time because there are no PGAs or nighttime commitments or required dinners, but for those of us in different time zones, it gets a lot easier for the work to pile up. I think an easy solution would be to just extend the due dates on some assignments so that way we still get more work but have more time to get it done in an organised way. I feel this will help ease the pressure a bit, and we can still accomplish a lot in the small time given to us.”

“I am currently in Japan, which is 13 hours ahead of Mercersburg. I have my Chinese class and help meetings during 9am office hours (which is 10pm my time) almost everyday, but besides that, I usually watch recordings of classes during daytime. Due to the inconvenient time difference, it is really difficult to join Google Meets, so I miss seeing and talking with my teachers and classmates 🙁 Therefore, I really appreciate my teachers for reaching out to me outside of classes and meeting with me during office hours.”

“I live in Vietnam, so the time zone is GMT+7. Classes start at 9 PM. I only go to the first two classes so I usually end my day at 11 PM. I watch the last two classes’ recordings in the morning the following day. BBC is banned in my country, so it is difficult for some classes as BBC, articles are common reading assignments. Also, Veracross is very inconsistent. A lot of the times when I try to access it, I am directed to a page saying the server’s IP is not available. Maybe scheduling classes for students in my time zone or close ones [would help].”

“Back home in China I’m 12 hours ahead of Mercersburg time, so a typical V’burg school day doesn’t start until night time and ends the next day around noon – I take the first rotations live, and watch recordings of the other three later. My teachers are within easy reach through emails and office hours, and some hold really helpful sessions for international students. Overall the online learning has been working pretty well for me, except when a 50min recorded class takes more than 2 hours to finish. However, as the videos pause for more and more times due to the internet, chances of catching a funny face of my teachers and classmates on the screen also zoom – that has been a much cherished episode!”