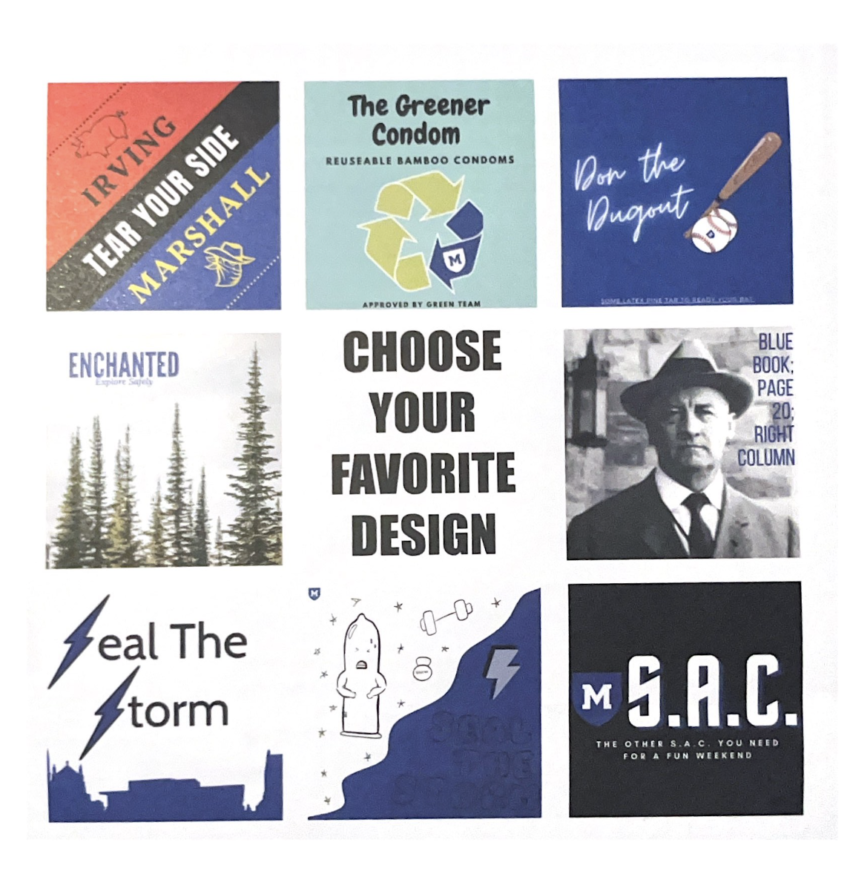 If you were on campus at the end of the 2020-2021 school year, you must remember Matthew Tavarez ‘22 and his infamous campaign slogan in his run for student body Vice President: Seal the Storm. During his campaign, he endorsed the idea of a healthier approach to sexual relations on campus. Tavarez went about this in a variety of ways, one of which endorsed the production and distribution of Mercersburg Academy-branded condoms for student and staff use.

Tavarez said, “Distributing Mercersburg-branded condoms demonstrates the care that the Academy has for its students and represents its mission to keep the members of this community safe.”

While the school has endorsed this idea in concept, faculty members called for a redesign. In response, members of the Student Council held a condom design competition in which students submitted their designs under the tagline “Seal the Storm” in hopes of being chosen in a community-wide poll. Once the design has been approved, the condoms will be for sale year-round in the school store. Condoms will be available in different size packages, from a single to a pack of 3 to a community, value pack of 25. Students will also be given a pack after their completion of the sex-ed portion of their Wayfinder class.

Chris Howes, Assistant Head of School for Student Life and Culture, said, “The Seal the Storm condom is the diploma that students are given upon completion of Wayfinder. They serve as a reminder for students to explore intimacy in a safe way.”

Remember to vote for your favorite design on the Mercersburg Instagram by next Friday! Tavarez urges you, “Vote as quickly as you can so that we can begin production and prevent the class of 2040!”