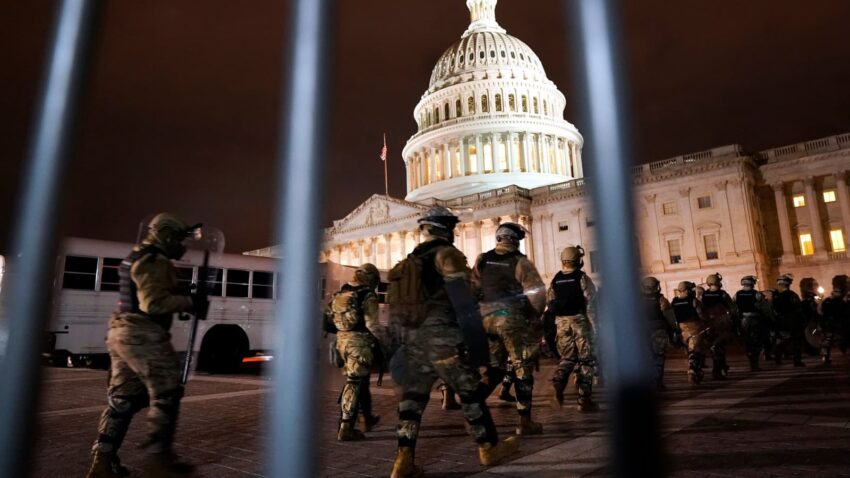 Constant helicopters overhead. Fireworks every night to remember those lost. Police barricades on every major street. Troops sit on the edges of their tanks as though they were parked outside of a 7/11. If I hadn’t watched the news or had a cell phone I would have thought they were filming a dystopian movie of some kind. This has been life in DC since March of last year. I remember going for a walk in March and they had shut down all major bridges into the city to prevent non-residents from entering at all. The only vehicles permitted out were police escorts. I was stopped at least four times and asked about where I was going, to which I simply responded that I was walking to my friend’s house.

I moved from Southwest DC to Northwest DC in early April and it was an interesting change. Southwest and central DC were much louder and much more “active” then Northwest. So when we moved there, I expected it to be much quieter. However, this did not prove to be the case. Every night for what seemed like weeks or even months, fireworks were shot off from various houses in my neighborhood of Takoma around midnight. Due to the curfew which was in place for weeks at a time, instead of going out and protesting the people of DC shot off fireworks. Now you may ask why they did that. Since DC residents don’t want to violently protest they decided to protest for Breonna Taylor using the fireworks for two reasons. First, it was a peaceful protest which did not result in fatalities or risk of spreading Covid-19. Second, the fireworks often sounded just like the gunshots which ring out in predominantly black neighborhoods all too often.

Living in DC has proven to be eventful and educational. It has shown me first hand how misleading the news can be. But more importantly it gave me a once in a lifetime opportunity to watch history unfold.