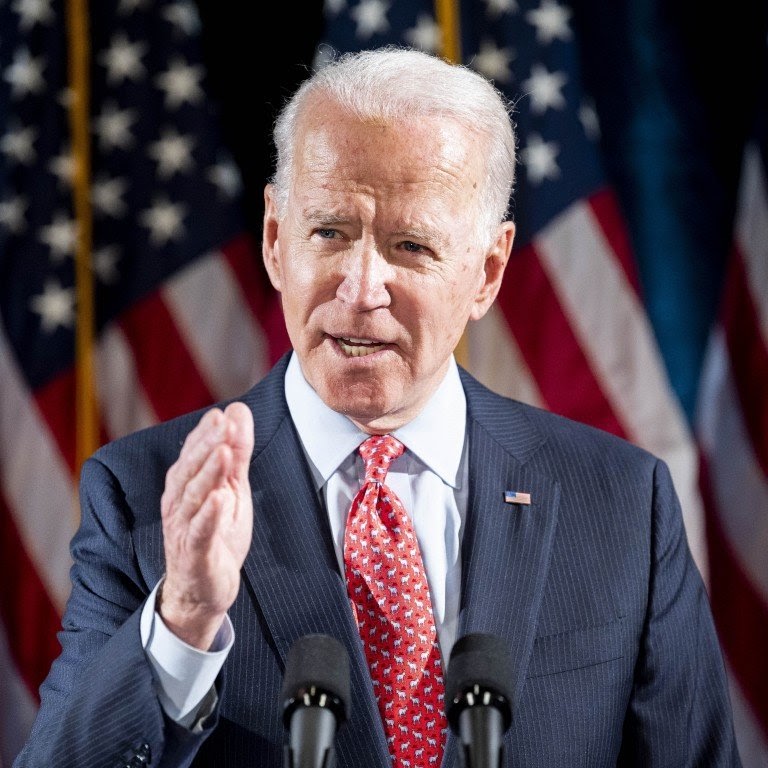 This year, I will be a first-time voter, and I am a registered Democrat, but I will not vote for Joe Biden this November. I will likely be voting Democratic in down-ballot races for Congress and in local elections.

While I won’t vote for Biden, I also will not vote for Donald Trump, who has been a detriment to this country. His response to the COVID-19 pandemic has been reckless, and the number of uninsured Americans has increased since he has taken office. His tax cuts for the wealthy have made the rich richer at the expense of the poor, and his foreign policy is careless, most notably his withdrawal from the Iran Nuclear Deal, the assasination of Qassem Soleimani, arms sales to Saudi Arabia, a “peace” plan that further dehumanizes Palestinians, and the withdrawal from the INF treaty. There is no chance that I will vote for Trump, a man who has consistently put the wants of the wealthy over the needs of the many.

However, while I may disagree with most of President Trump’s actions, I also cannot vote for Biden for the same reason. One’s past actions are generally indicative of what they will do in the future, and Biden’s record is deeply concerning.

First of all, Biden has been credibly accused of sexual assault from former Senate staffer Tara Reade. The University of Delaware, which holds Biden’s Senate Records, refuses to release the information. If he were innocent and this incident had never happened, he would release his own records, but he refuses to do so. I refuse to vote for the lesser of two rapists; however, sexually assaulting his staffers is not the only concern I have regarding his record.

Biden has, additionally, on numerous occasions, attempted to cut Social Security and Medicare: this is in the Senate’s records. In 2014, the Obama/Biden Administration offered Social Security cuts to House Republican leadership in exchange for the ability to raise taxes, without a guarantee that it would happen. This proposal and all of Biden’s proposals to cut Social Security would disadvantage lower income seniors.

In addition, his history on race relations is disturbing. Biden has consistently opposed busing and worked with Senators Jesse Helms and Strom Thurmond, noted segregationists, in order to, according to the Civil Rights Commission, stymie and undermine school integration.

Furthermore, the Obama administration has admitted to killing between 64-116 civilians outside of major war zones through its drone program (other estimates are much higher, including those of Micah Zenko, a senior fellow at the Council of Foreign Relations, whose number stands at 324). Such drone strikes are unconstitutional and ethically ambiguous. Perhaps Biden may not have been directly responsible for these civilian deaths, but he was part of the decision-making process that caused them. His record on the drone program has left an irreversible scar on innocent civilians.

Also, in 2005 Biden made it harder for individuals to declare consumer bankruptcy. In a country where poor health sends 530,000 Americans into bankruptcy yearly, rising tuition makes it more difficult for people to go to school, and families are forced to choose between the rent and medicine, Biden’s advocacy enabled credit card companies to profit from denying poor people financial relief.

However, in my view, the kicker for Biden’s terrible record is his vote for the Iraq War in 2002. The Iraq War left close to 200,000 Iraqi civilians dead, and 61 percent of those deaths are attributable to US and British forces. There were neither weapons of mass destruction in Iraq nor evidence of Al-Qaeda connections to Saddam Hussein, the ostensible reasons for the US invasion. The Bush administration lied to Americans. The challenges to the war’s legitimacy were documented in 2002 and 2003. It’s not a case of being wrong in hindsight: Biden voted for a war based on faulty evidence. It was known the evidence was faulty when he voted for it, and as a result, hundreds of thousands of Iraqis are dead, thousands of American troops came home in coffins, and trillions of dollars were spent destroying a foreign country for questionable reasons. Young men and women not much older than I am are still dying in Iraq, in some part thanks to Biden. Most high schoolers today have never known a world in which the United States wasn’t bombing Iraq, thanks in part to Biden. I cannot vote for Biden when his record and his vote led to the gratuitous carnage of an unjust war.

But it’s not only his record that is off-putting; it is his current policy positions as well. At this time, the UN has given the world a timeline of less than a decade to prevent catastrophic climate change, but Biden’s climate plan allows fossil fuel companies to continue exporting and refuses to phase out fossil fuels. He allows the continuation of fracking, a process neither carbon-free nor environmentally friendly; it is detrimental to local environments by poisoning groundwater wells. There is a reason why the Sunrise Movement refuses to endorse Biden, and it’s because his climate plan will fundamentally change nothing.

Furthermore, Biden’s healthcare plan, by its own admission, leaves 10 million Americans uninsured. 26,000 Americans die every year because they cannot afford health insurance. A single-payer system would save trillions of dollars over several years, according to 22 different studies of all ideological backgrounds, including the Mercatus Institute, a free market-based thinktank. A healthcare plan exists that is proven to save money that will cover all Americans, ensuring that nobody in this country has to go broke choosing between the lights and medicine exists, but Biden refuses to take that option. If I lived in a swing state, I would hold my nose to vote for Joe Biden because Donald Trump is worse. But I don’t vote in a swing state; thus my vote has little impact on the presidential election. Also, to those who wish to shame me into voting for Biden, voter shaming is ineffective and wrong. No candidate is owed anything by a voter. The onus is on the candidate to earn the votes, and, as of right now, Joe Biden has not earned mine.

13 thoughts on “I am a registered Democrat: I will not vote for Joe Biden”