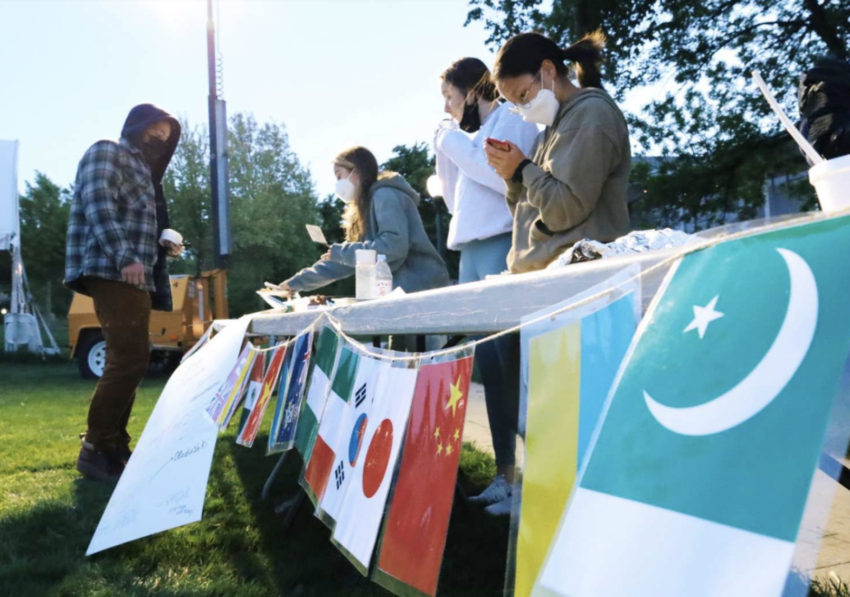 Last Saturday, the Mercersburg student government hosted a very successful Springfest. The town of Mercersburg has hosted its own Springfest in the past, so with students confined to campus the student government decided to host its own this year. Due to the restrictions and effects of social distancing on school life, school morale had been low. That was precisely why the student government wanted to sponsor an event. “Gathering in the quad during the couple hours, with food, games, and music, would hopefully provide an outlet for people to feel a sense of normalcy again,” said Class of 2022 Vice President Amanda Peh.

Boasting a strong showing by the student body, the festival was filled with attractions, including food trucks, a dunk tank, and several carnival booths. Students gathered together to watch Assistant Head of School for Student Life Chris Howes, Matthew Tavarez ‘22, and other members of the school community take a chilly dip in the tank.

Students lined up to taste treats offered by the donut, ice cream, and kettle corn trucks. Kevin Hang ‘24 expressed his satisfaction. “Those donuts were the best I have ever had. I literally went back to tell them they were the best donuts I have ever had and asked for two more,” said Hang. Haris Yahaya ‘24 enjoyed the photo booth, cotton candy booth, and the booth that featured international cuisine. Ben Cho ‘24 visited the various food trucks and watched the fun at the dunk tank. He did wish that there had been a greater variety of attractions and games, though. “Overall, it was a fun place to make a lot of good memories with your friends,” said Cho.

Several club leaders set up booths to promote their respective clubs. The chess club had a booth set up for impromptu matches. “I would consider Springfest like an open house; people come play a little and have fun, no commitment involved,“ said club leader Sandra Apfelroth ‘22. The Women’s Activism Club hosted a soda ring toss game that was massively successful, according to club president Maddie Schermerhorn ‘22. “I hope people know that activism can be fun, and you can have some great discussions and make change doing the things you love,” she said. The club leaders believe that event provided good publicity for their respective clubs.

In all, Springfest was a hit, according to Peh. “We did a lot of preparation for the event, so seeing so many people come out in the rather chilly weather and having fun and being excited really made me happy.”