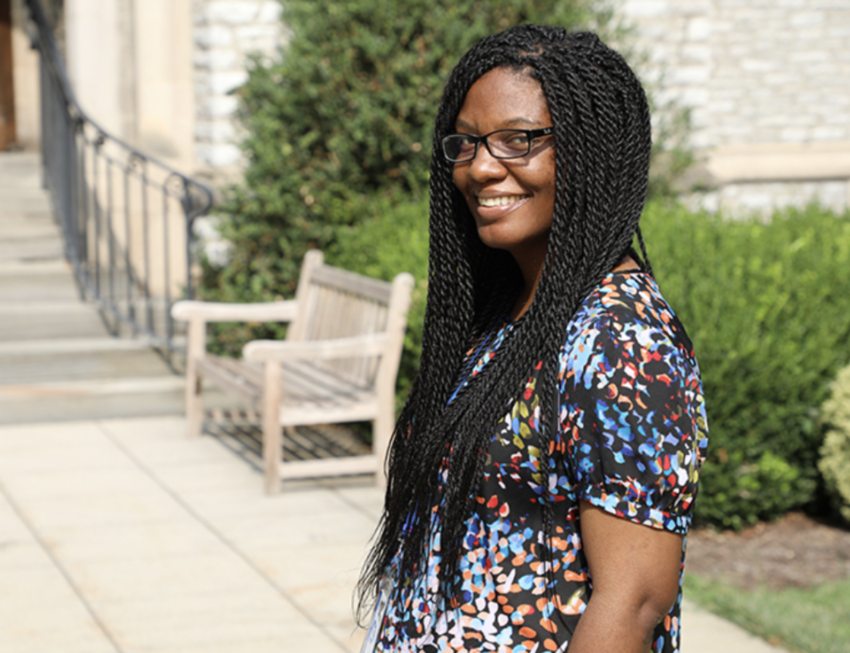 Kayla Hart is one of Mercersburg’s newest additions to the admission team, and she is just as excited to be here as Mercersburg is to have her. “I came here because it embodied community, cohesion, and authenticity in a way that I didn’t feel any other school quite captured in the same way,” said Hart. “I look forward to sharing in the rich Mercersburg traditions like the candlelight service and observing the Irving Marshall challenge amongst the students.”

Hart has had a variety of experiences working in schools. She says, “I worked as a college counselor for several years and before that, I worked as a teacher across multiple subjects such as Spanish, Reading, and Global Politics.” In her role Hart hopes to: “1. Form strong relationships with my super fun and inspiring colleagues, and 2. Form genuine connections with prospective candidates and their families from around the world as we found a common interest in the magic of Mercersburg Academy.”

“I LOVE to travel! Ever since studying abroad for a semester in Europe during my undergraduate years at Baylor, I was bitten by wanderlust which has taken me to nearly 70 countries. It’s my first love that will never disappear. Beyond that, I love listening to music and singing aloud, and also watching everything on the Disney app. I also enjoy initiating random soul-stirring conversations with strangers,” said Hart of her interests outside of work.

Hart is serving as a cross country coach in addition to her role as an admission officer. “I ran track & field during high school in the 100M, 200M, and 4×4 relay and made it to state finals every year,” said Hart of her experience with the sport. She is excited for the upcoming season saying, “Honestly, I look forward to cheering on students as they continuously improve their times, form, and technique. As they conquer new feats, it will bring an overwhelming sense of accomplishment for all of us as a team.”