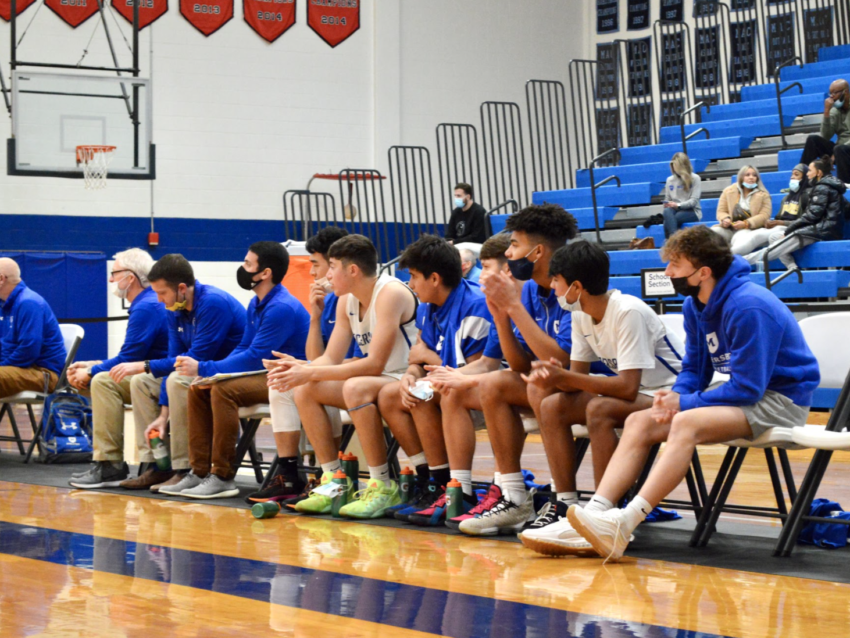 This winter sports season, a group of new faces appeared on the Blue Storm basketball coaching staff. Each brings something unique to the table with their knowledge and fresh outlook.

Derek Tannous joins the boys varsity basketball staff. Tannous is new to the Mercersburg area and jumped at the opportunity to coach at the Academy. He said, “Learning the values and history of the school, and immersing myself in the basketball program has been a joyous experience.” He hopes to become “a part of a successful basketball program, learn more about coaching, and have an impact on the character and skill development of the players.” Tannous has learned a lot about coach from head coach, and he is looking forward to a successful second half of the season.

Matias Abarca Caldera is one of two new JV girls’ basketball coaches. Caldera has played basketball since he was young and it has always been one of his passions. He said that he wants his team to have fun, “learn what it means to be a part of a team,” and show great sportsmanship. Caldera expressed that he and his coaching partner, history teacher Emily Schoenberger ’15, are friends on and off the court. He loves the dynamic that they have and says that he, Schoenberger, athletic director and varsity head coach Paul Sipes, and varsity assistant Fred Horn have a wonderful dynamic where they “share tips and talk about basketball.” Coaching at Mercersburg has been an amazing experience for him and he hopes he and his team will enjoy the rest of the season in spite of the pandemic.

Horn grew up with a strong love for the sport stemming from his father. He has worked for both Michigan State University and Binghamton University basketball teams in managerial roles. Horn expressed his excitement to start taking the knowledge he gained from these positions and bring it to the Blue Storm. He said, “Saying coaching at Mercersburg is a unique experience is an understatement.” He and Sipes use their different coaching styles as a way to strengthen their views and perspectives on the game. It allows them to make the most out of practices and their relationship with the team. Horn’s goals are focused on the “development of talent for the future.” He hopes to help the team fill any gaps, so that “win or lose, when the team hits the floor, [they] are putting the best possible version of [the] team up against the competition.” He saw the team finally clicking before winter break and is hoping that this newfound confidence in each other will continue for the rest of the season.

Mercersburg’s basketball team hired a series of new external coaches to bolster its coaching tree for this upcoming season. Tannous, Caldera and Horn number among other newly hired external coaches in several other sports who hope to bring something new to their teams.