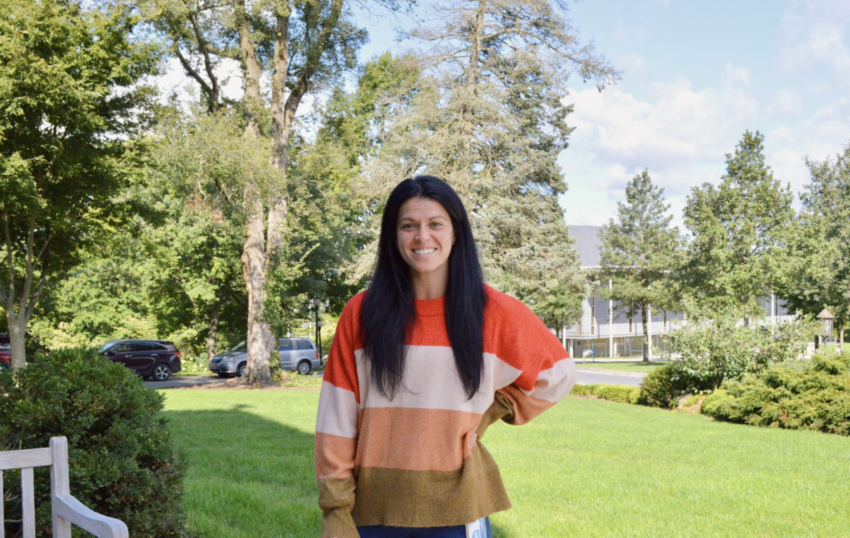 Sarah Firestone is the newest addition to the Athletic Department at Mercersburg Academy. She is the coordinator for fitness and performance at Mercersburg, the Elevate Fitness Program for athletes with collegiate athletic potential and aspirations, and is the instructor of the Lifestyle Fitness PGA. She is also in charge of the production and development of content for the school’s athletics social media relations.

Firestone is an alumnus of Mercersburg Academy, graduating in 2013. After Mercersburg, she continued her education at University of Nebraska where she competed in track & field and received a bachelor’s degree in broadcasting, advertising, and public relations and a minor in psychology, criminology, and communications. Moreover, she was an All-Big Ten track & field athlete and a second-team All-American in javelin, and competed in the event at the 2016 U.S Olympic trials.

Firestone always believed, however, that Mercersburg was her “home away from home even though it’s literally five minutes from my parents house.” After graduating from Nebraska, Firestone worked in the advertising business for the Kraft Heinz Company, yet her “heart wasn’t fully in it.” She missed being in the world of athletics and the “constant-moving and activities that come with coaching and training.”

The pandemic had brought Firestone back to her parents’ house to recoup and figure out what she truly wanted to do. When Mercersburg offered her a position in the 2019-2020 year to work in the athletic department, she couldn’t pass it up.

Firestone added that her hope is to “help build and shape the next generation of athletes as well as helping students to not make the same mistakes she has in her athletic career and to learn from her experiences.”

During the transition of alum Ava Hull ’21 to play basketball at Swarthmore College, she said her experience with Firestone was “life-changing.”

Paul Sipes, Associate Director of Athletics, expressed that Firestone has provided the athletic department “with a single point of contact for our constituents,” returning the department to a level of staffing previously held, with the “benefit of allowing us to expand our programming beyond what we were able to offer in the past,” and “improving the quality of our social media presence.”

Firestone’s wealth of knowledge of fitness and athletics has been an invaluable benefit to athletics at Mercersburg. She still hopes to further her dreams of competing in the Olympics as well as educating young and aspiring athletes.