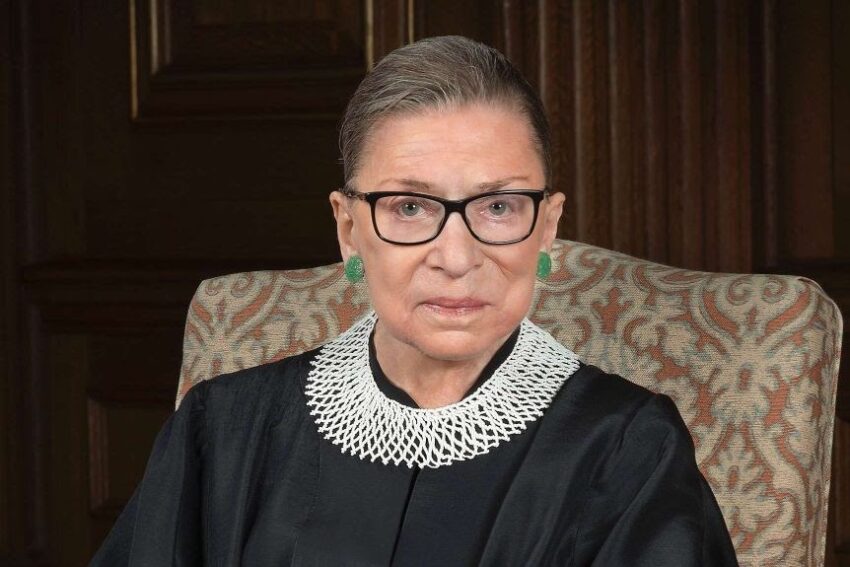 On September 18, liberal icon and pioneer for women’s rights, Justice Ruth Bader Ginsburg (RBG), passed away. She served on the Supreme Court from 1993 until her death, amounting to 27 years on the bench. Her body will lay in state at the US capital on Friday, September 25, the first woman to have that honor, and her legacy will live on through the countless people inspired by her actions.

However, as the country mourns the death of RBG, an ugly debate is raging across the top levels of the US government. President Trump and Senate Majority Leader Mitch McConnell are vowing to push through the nomination process of RBG’s replacement before the election, an action both unprecedented and hypocritical based on Republican senators’ decisions during the 2016 presidential election cycle. According to their words back then, Supreme Court justices should not be chosen in the month preceding an election, in that case it was seven months prior, and they need to honor that assertion.

On March 16, 2016, President Barack Obama nominated Merrick Garland to replace the late Justice Antonin Scalia after he died one month earlier, that February. The Republican and Democratic primaries were in full swing, Trump’s lead in the presidential primary was surprising, and Bernie Sanders was giving Hillary Clinton a run for her money in their primary. After Scalia died, the Republicans in the senate stated that there was too little time between the election and his death to justify confirming Obama’s choice for his replacement. They refused to put the confirmation to vote, and those actions set the precedent that Supreme Court justices should not be replaced during an election year after party primaries for president had begun. Several senators vowed to abide by that understanding should the opportunity present itself at a later time.

However, the aftermath of RBG’s death has shown the hypocritical nature of many Republican senators that has been horrible to watch. Ruth Bader Ginsberg died in September, compared to Scalia’s February passing, so there is absolutely no reason that the precedent the Republican senators set in 2016 should not apply here. They can try to justify their decisions all they want, but the fact is that they are hypocrites, they see politics as a game they can win, they don’t see it as ruling a country, all they want is for their team to win with no care about ethics or precedents, all of which are horrible and scary.

Before Ruth Bader Ginsberg died, she told her granddaughter, “My most fervent wish is that I will not be replaced until a new president is installed.” Unfortunately, I don’t believe her wish will come true. At this point, it looks like whoever Trump nominates to replace her will be confirmed and take the vacant seat.

So, what does that mean? It means Democrats need to fight back. If Republicans want to play with fire, the Democrats need to learn to do so as well. Sending nasty tweets and electing leaders who only want to keep the status quo is not going to bring change to this country. If Democrats want to protect DACA, if they want to stop climate change, if they want to pass gun control laws, they need to fight back. And fighting back means packing the court or impeaching somebody to delay the senate. These actions may not be fair, and they may not be ethically correct, but what the Republicans in our government right now are doing is not correct either, and while two wrongs may not make a right most of the time, if this is the level needed to go to in order to bring change to this country, then so be it. DACA is on the line, Gun Control is on the line, Abortion is on the line, and Democrats can’t sit back and let the Supreme Court tilt to the right, where all these necessary protections can be taken away. RBG would not want Democrats to stand by as Republicans try to navigate around the precedent they set, themselves; she would want them to do all they can to prevent this confirmation.

So, to the Democrats in congress, fight back! You need to fight fire with fire.

1 thought on “Fight Back, Democrats”