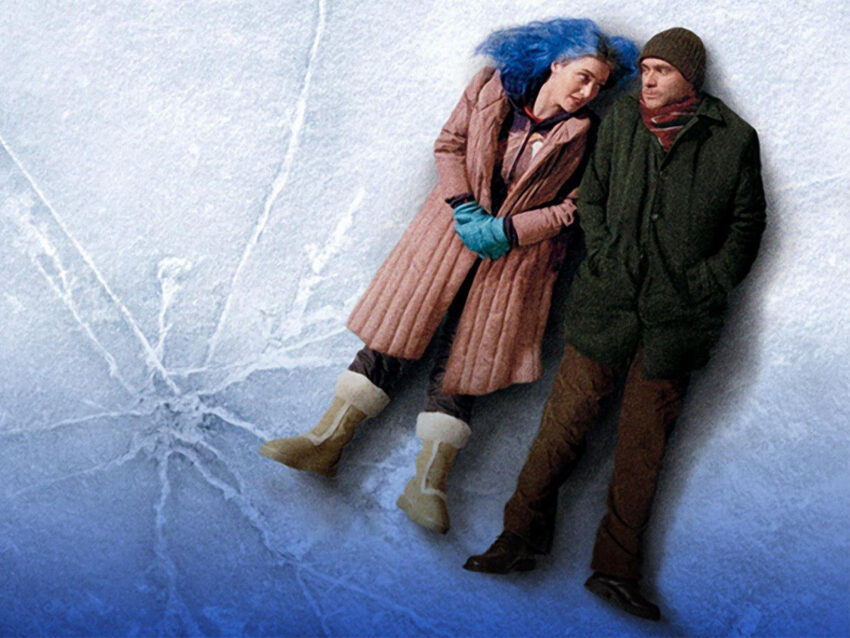 Recently, English department member and yearbook adviser Matt Maurer’s Advanced Studies in Language, Rhetoric, and Composition class watched the movie Eternal Sunshine of the Spotless Mind. While most think of English class as an opportunity to learn grammar rules or write a poem, Maurer takes the opportunity to teach his classes about pop culture and the arts as well. The class dives into non-traditional texts, anything from Oprah Winfrey’s 2018 Golden Globes Cecil B. DeMille Award acceptance speech to cult classic films.

Dami Akingbade ‘22 says, “Watching the movie in class was a great idea. It was perfect for discussion because of all of the twists and turns.” Carina Cole ‘22 agrees, “I enjoyed hearing my classmates’ points-of-view; we had a fun time talking about all of the different characters.”

Eternal Sunshine of the Spotless Mind is a 2004 comedy-drama film written by Charlie Kaufman and directed by Michel Gondry. This movie features Kate Winslet and Jim Carrey in starring positions. Before appearing in Eternal Sunshine, both actors had notable careers. Winslet starred in Titanic alongside Leonardo DiCaprio, while Carrey focused more on comedy films, such as Ace Ventura: Pet Detective as well as comedy-dramas such as The Truman Show. Recently, the writer, Charlie Kaufman, wrote the screenplay for I’m Thinking of Ending Things, another psychological, not-your-typical romance film.

Eternal Sunshine is a labyrinthine story that takes us into the mind of Joel Barish and his relationship with Clementine Kruczynski. They meet on a cold, gray Valentine’s morning and immediately sparks fly. However, as with Kaufman’s earlier scripts, things aren’t as simple as they seem. In this world there exists a scientific procedure that can obliterate one’s memory of a specific person, and we learn that this is not the first time Joel and Clementine have met. They have, in fact, recently broken up after a two-year relationship, each erasing the memory of the other. The movie employs the story-told-in-reverse device, where we learn about the majority of their years together through Joel’s memories as he regretfully watches them disappear before his eyes.

Despite the deliberately disorienting nature of its story, Eternal Sunshine has an emotional center. While Joel and Clementine navigate through multiple, confusing layers of memory and reality, one thing that remains constant is the human need for love and the desire to continue seeking it, despite all odds. No matter how many times the two desperately search for their lost memories, they can never recapture them. It is only through a glitch in the system that they are given a second chance to make themselves whole.