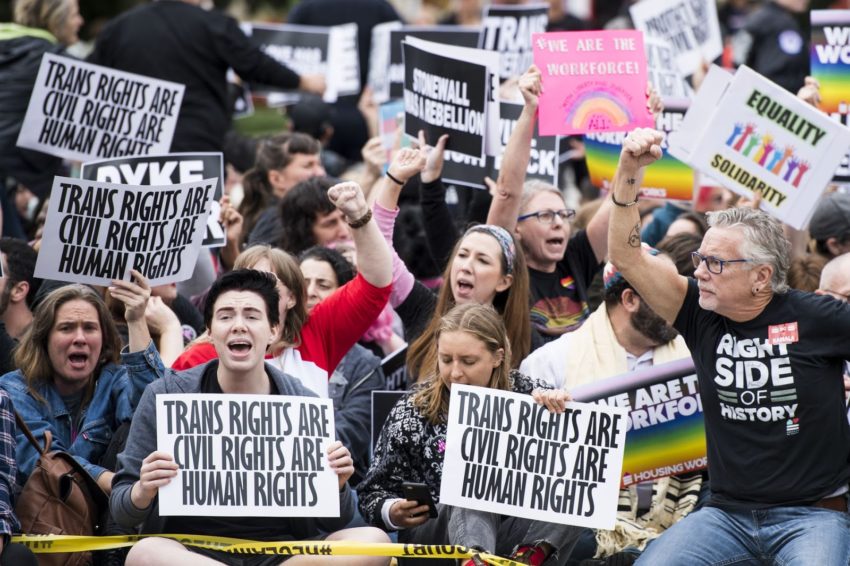 Many news sources have recently confirmed an alarming new policy developed by the Trump administration during the onslaught of the COVID-19 pandemic. For years now, the Trump administration has been attempting to roll back Obama-era civil rights policies that grant safe medical treatment to members of the LGBTQ+ community, especially those who identify as transgender. New developments suggest that a new federal policy may soon go into effect removing many safekeeping policies for transgender patients seeking treatment for any type of illness or disease. The protections enacted by the Obama administration were adopted because medical experts across the country recognized that patients identifying as LGTBQ+ face neglect and often do not receive proper medical treatment.

Attempts to reform policy during a national and global pandemic are particularly harmful when access to treatment should be a top priority for all citizens regardless of gender or sexual orientation. However, the Trump administration is making great use of the global and national scare to follow through on many of its stated political objectives that have remained unachieved for the past four years. So while most American citizens are sheltering in place in their homes and healthcare professionals are risking their lives to treat as many people as they can, politicians on Capitol Hill are using the crisis as a distraction to pass damaging policy without drawing significant attention.

The most troubling part about this situation is the effect that these measures will have on transgender Americans after the pandemic is over—mind you, after tens of thousands of citizens have lost their lives and while probably a million other Americans have been infected. Not only could transgender patients be refused ventilator access and testing for COVID-19, these restrictions would allow any healthcare provider or personnel to deny treatment of any kind to members of the LGBTQ+ community due to their personal beliefs long after the pandemic is over. The long-term implications of such restrictions are severe and incredibly damaging to the progress of LGBTQ+ rights which saw profound advancement during the Obama administration but has slowly worsened in the past few years. Instead of taking the time to make Americans’ lives better and safer, this administration has found ways to make many Americans’ lives worse and less safe.

Unfortunately, this story has received little to no public media attention due to the fact that many Americans are much more preoccupied with economics, employment, and the safety and well-being of their family members. During a national crisis, less and less attention is paid to social and civil rights issues. In addition, the ability of pro-LGBTQ+ groups to march or form public gatherings has been nearly eliminated as a result of social distancing measures. Consequently, the Trump administration has been able to perform its degrading civil rights policies without the majority of America ever learning or understanding that these changes are taking place. This means that when the pandemic ends and new policies have been implemented, the media will only be able to comment on their existence without recourse.

Sadly, for the LGBTQ+ community, this means that the next trip to the doctor’s office could be short-lived, as healthcare workers may refuse services to the patient. Let that sink in. Without explicit civil rights policies to keep trans-plus patients protected, a patient’s access to treatment is almost solely dependent on the healthcare worker’s beliefs and consequent judgment of the patient’s anatomy.

In 2020, it seems almost ridiculous to still be battling for equal rights, but here we are, still fighting. This fight will only end when all Americans have equal access to the same opportunities, regardless of gender or sexual orientation.

1 thought on “Discrimination and danger fly below the radar”