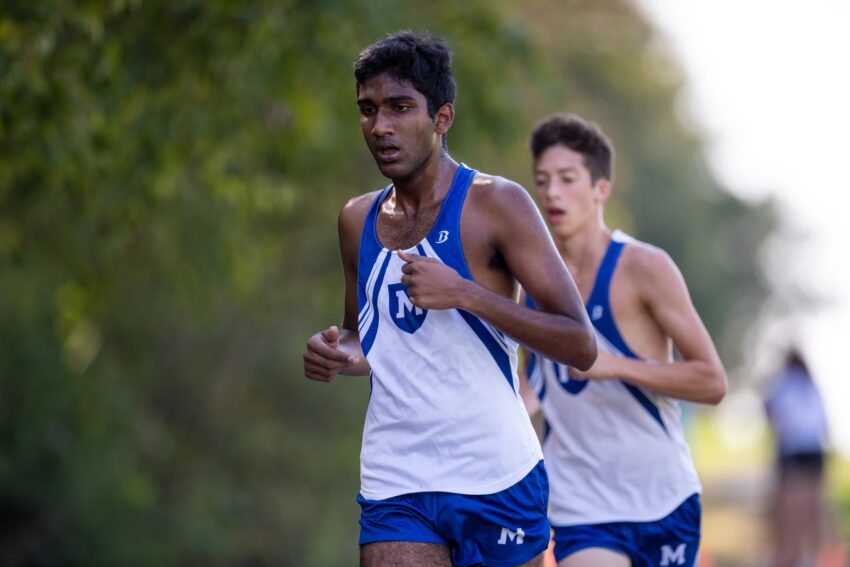 The Covid-19 pandemic has posed many challenges to the Mercersburg community, extending to former Blue Storm athletes who have gone off to compete at the collegiate level. Participating in athletics is particularly difficult under the current situation, as social distancing makes competitions nearly impossible for both individual and team sports.

Luckily, the Blue Storm athletes who graduated last year have adapted well to the unusual athletic climate at their respective colleges. Currently, they continue to transition their performance to that next level, both athletically and academically.

Aakash Koduru ‘20, a cross country and track star at Mercersburg, is now running for the Swarthmore Phoenix. Frustrated with not being able to compete under the COVID restrictions, he acknowledges, “It’s weird to just have practices, but not any competitions. It’s not as fulfilling without being able to compete, but with the situation at hand, it makes sense.” Koduru has accepted the reality by adjusting his practices to compensate for the lack of competitions this season.

Aurelius Dunbar 20’, Penn State University wrestler, said that while the wrestling program at Penn State is rigorous, maintaining good grades is more demanding. He has to give his full effort at all times. Athletically, Dunbar said it is crucial to keep an open mind, especially to “the small details: the sharp technique, the nutrition, etc.” These factors may seem nonessential when compared to competition, but when they’re combined, they can make a big difference. “You can’t succeed off of natural talent anymore,” he said. Instead, athletes must focus on even the most meticulous details and always learn from others. Though his training started fairly recently, he feels that he has made huge improvements already.

Similarly, Quinton Metcalf ‘20, who now plays basketball at St. Bonaventure University, said his experience competing at the collegiate level is “definitely a step up from playing at the ‘burg.”  Metcalf noted that not only is the game “faster and more physical,” but it also demands that he be “stronger with the ball and be more focused.”

When comparing his experiences at Mercersburg and his experiences at Swarthmore College, Koduru said that the very close team bond at Mercersburg is similar to that of his current team, which he finds very meaningful: “It is one reason I am excited to go to practice every day.” Dunbar 20’ said that the Mercersburg wrestling team was “my second family that pushed me to be the best version of myself.” The athletes also unanimously referenced the increased intensity of their sports and their newfound realization that there is always a large room for improvement.