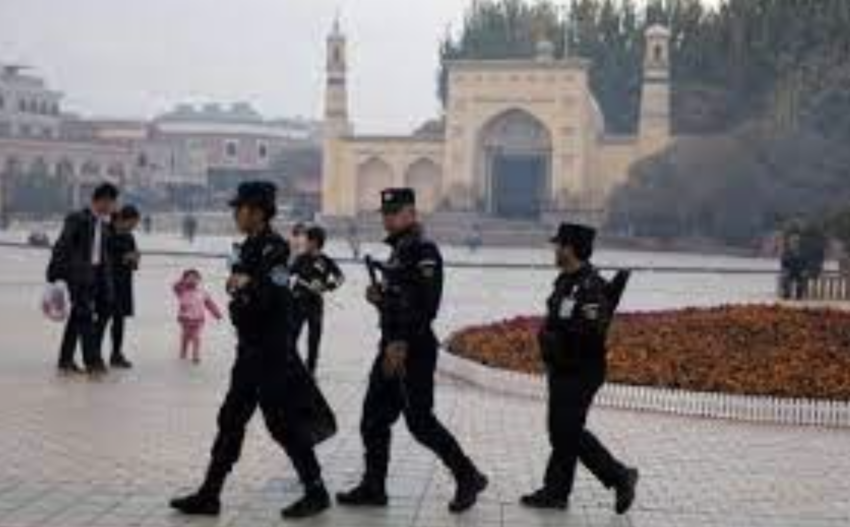 On November 16, 2019, The New York Times released an extensive leak of 400 pages of documents sourced from a member of the Chinese government, in the hope that CCP General Secretary Xi Jinping would be held accountable for China’s Xinjiang internment camps. Since 2017, the Chinese government has been rounding up Uighur Muslims and detaining them in a massive network of internment camps, which currently hold an estimated one million people.

At first, China denied the existence of any “internment camps” in Xinjiang. However, officials later admitted running “De-extremification Reeducation Centers” in an effort to crack down on ethnic separatist activities and terrorist crimes.

Eljan Anayt, spokesperson of the Xinjiang regional government, said, “They [locations marked] are just civil institutions.” In a statement published by China’s Ministry of Foreign Affairs on July 2, 2020, China stated: “The Vocational Skills Education and Training Center established in Xinjiang, according to law, is essentially the same as the ‘community correction’ promoted by the United States, the DDP project established in the United Kingdom, and the de-radicalization center established in France. They are all adopted for preventive counter-terrorism and de-radicalization.”

In April, multiple famous clothing brands such as Nike and H&M announced that they will stop using cotton processed in Xinjiang because the cotton was assumed to be produced by forced labor. These announcements quickly enraged the Chinese public and incited anti-American sentiments. The Chinese claim that they will not allow western media to use the incident to attack or slander the Chinese government; they have strong faith in their political leaders. Many have called for boycotts; celebrities and e-commerce platforms have cut ties with the brands. “These former white slave-holders are in no place to criticize any of this, even if it is true. They were the ones who forced African slaves to pick cotton in their plantations!” said a Weibo (a Chinese social media platform) user. Some surmise this is another attempt from the western media to antagonize the Chinese government by arousing anti-communist and anti-Chinese sentiments.

The events quickly stirred up conversations within the U.S. However, the general public understanding of the incident is still solely based on the BBC documentaries such as “Inside China’s ‘thought transformation’ camps,” which has over 2.7 million views on YouTube. However, this issue must not be overlooked as more compelling evidence is revealed every day. Just earlier this year, the Australian Strategic Policy Institute revealed 380 detention camps from satellite images.

Tursunay Ziawudun, who fled one of the internment camps, reported that women at these internment camps are “systematically raped, sexually abused, and tortured,” according to BBC. Another ex-detainee Erbaqyt Otarbai, an ethnic Kazakh, recalled horrifying details during an interview with The New Yorker. He remembers police brutality, being detained by the Chinese authorities for having WhatsApp (a messaging platform banned in China) on his phone, and constant surveillance of ethnic minority groups outside of camps in Xinjiang. What’s more, among these ex-detainees, there are many accounts of forced sterilization.

While most of Mercersburg’s students approach this topic with ambivalence, others feel uncomfortable commenting about it due to their lack of knowledge.