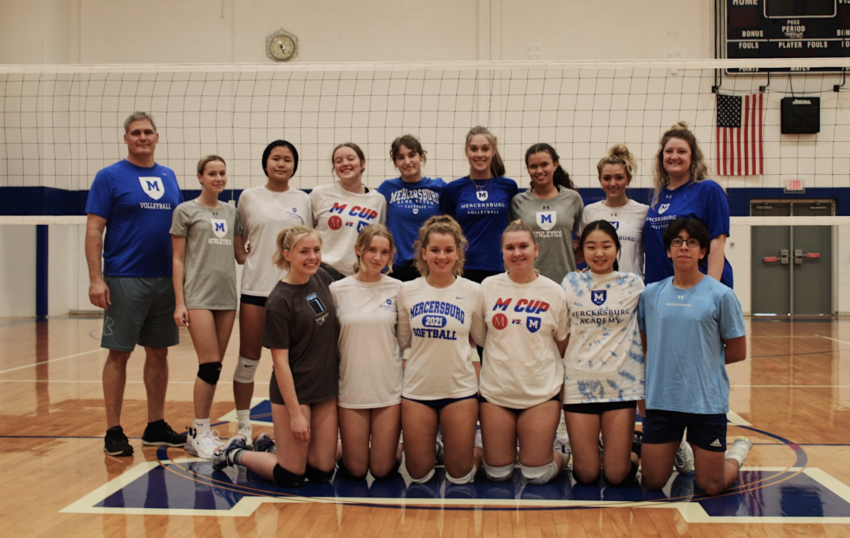 “We lost our head coach due to personal reasons in the middle of the season, and that was a big shock for everyone,” said Finn Sipes ’22, one of this year’s varsity captains. “It hit me especially hard since she has been my coach all four years on varsity here and I also played under her in practices when I was in eighth grade.”

JV coach Erin Caretti stepped up and took over in Angle’s absence. “I was excited but also a little apprehensive. Luckily, I had a lot of time to plan and think it out and work through things.”

It was a pretty stressful change, but it worked out in the end.

Nicole Treml ’22 said, “We learn from Coach Caretti, but he also learns from us. He has brought a new practice dynamic that a lot of us have been searching for every year here, and he holds us to a new standard.”

Despite the abrupt change in management, the varsity team has done a commendable job sticking together, leading to a first place in the IPSL Cup Series.

Priscilla Lee ’23 said, “There was a lot of tension within the team for a while, but now we’ve really bonded and formed strong relationships with each other which has obviously paid off.”

The team has an even record of 6-6 midway through the season.

A highlight of the season was a 3-2 win against rival Saint James School.

Riley Schermerhorn ’22 said, “The team was so encouraging and loud, when I got the final point everybody rushed the court.” Sipes agreed. “The energy was electric. We needed that win and it really catapulted us forward in our morale.”

As the season comes to a close, Caretti has high hopes for the team. “My goal for the remainder of the season is that we keep improving every day. I hope that the team will continue to buy in and practice the Storm principles that we created and discussed. And to have fun, to find joy in all of it.”

The varsity seniors are particularly sad to leave but know that the team will be left in good hands. Treml says, “As a four-year senior, I’ve seen the team grow and evolve over the years. I look forward to coming back next fall to support!”