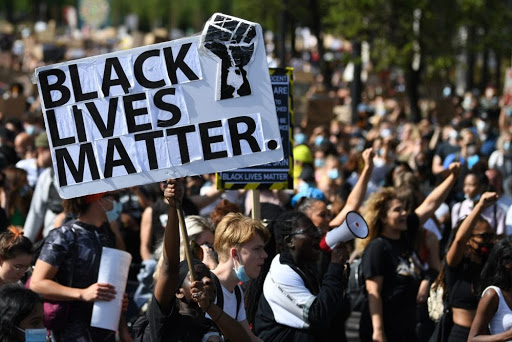 We The People. That is how the United States Constitution begins. However, who were those “people” alluded to in our constitution? They certainly weren’t women, much less African Americans, because when those words were written they were written for white males who owned property. The “people” have changed since the year 1787 though; we look different, sound different, act different, and hold different beliefs. Today, however, I like to think that the “people” referred to in the constitution means everyone, and that all people who consider themselves to be American should be entitled to their rights, not only as American citizens but also as human beings. In today’s world, many people find themselves being treated as less than human simply because they are different. The most severe of these cases, as it pertains to this article, is the Black Lives Matter movement which has spread across the nation since March.

I live in Washington D.C., where the past summer was certainly an eventful one. Many nights it was difficult to sleep due to the endless sirens and helicopters responding to the protests. In reference to the BLM movement, I have had many people ask me whether I am a Democrat or a Republican. My answer? It shouldn’t matter. BLM is not a movement based on opinion or perspective or political leaning; it is one based on harsh, statistical realities and essential morals. When we begin to isolate a portion of our population and treat them differently, we slowly dehumanize our society altogether.

In that way, BLM can be closely compared to feminism, which has gotten a bad reputation because of a few radical movements which are, in fact, separate from the original and driven by anger and desperation. BLM does not mean black lives are more important than others, just as feminism does not mean that females are superior to males. Both simply demand that equality is the minimum. We should not need to strive for equality; we should already have the maturity and compassion to act and live without second guessing ourselves based on political agendas.

I am a white female, and despite being a member of the LGBTQ+ community, I am still very privileged. My privilege does not in any way affect how I view equality. The BLM movement is an important one, it is one that will go down in US history as revolutionary. In my time here at Mercersburg, I have attended Women’s Marches on Washington, the March For Our Lives, Climate Strike protests, Pride parades, as well as BLM protests and rallies. I am outspoken. Why? Because some of my friends who are Black are too afraid to go to those gatherings for fear of being arrested and unfairly charged. The fact is this, because I am white, people will look at me differently, mostly in a positive way. I will not use this advantage to build myself up but instead to build others up, because the United States will never achieve greatness until we are all truly free to express ourselves in any capacity, and in order to do that, we need to stand up for our rights as Americans.