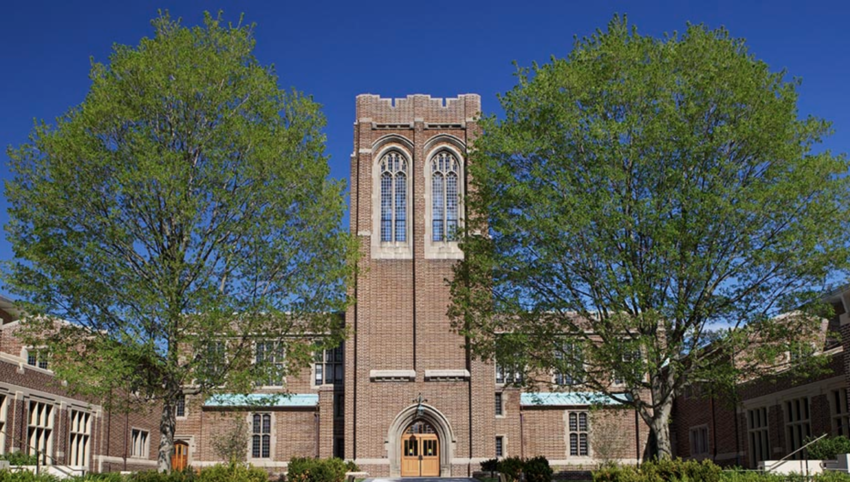 In the stairs that lead to both the balcony of the retired Flanagan Pool and to the Fitness Center of the Goldthorpe Athletic Complex exists a long-standing tradition that many of the Mercersburg athletes have a love-hate relationship with. About once a week, athletes of the squash team run up and down those stairs for approximately fifteen minutes at a time, while the wrestling team takes part in this exercise occasionally but for much longer – from thirty minutes to a whole hour at times.

The origin of the stair run goes way back. It first started under the then-wrestling head coach Rick Hendrickson, who came up with this idea for his team. He wanted a space for the team to complete longer-distance cardiovascular training – there was no Hale Field House then, so these stairs were the best option.

Squash player Roy Kang ’22 said, “It’s tiring but it helps me a lot with cardio and endurance.”

Wrestler Tommy Quick ‘22 shares a similar sentiment. “It is probably one of the most sweat producing workouts I have ever done, but overall, it’s fun to be there with everyone on the team because you are all suffering with each other.”

The idea of mutual suffering is comforting to some participants, but it is impossible to deny that the stairs produce a workout like no other.

Coach Nate Jacklin ’96 of the wrestling team believes strongly in its benefits. “As an athlete I loved it. As a coach, I could see the benefits manifest themselves on the mat during close matches when our athletes could mentally break the opponent.”

For some athletes, the run is more than just its extreme conditioning. Its appeal lies in the mental challenge that it provides for them. Pablo Garza ’22, a stair run enthusiast, shared that the run is painful but always taking him to a “place of serenity between happiness and anger.” But what truly keeps him going is the incomparable “feeling of satisfaction of being done.”

After a long day of competition, it will be our athletes who will be able to persevere through exhaustion thanks to the training from the infamous stair run.