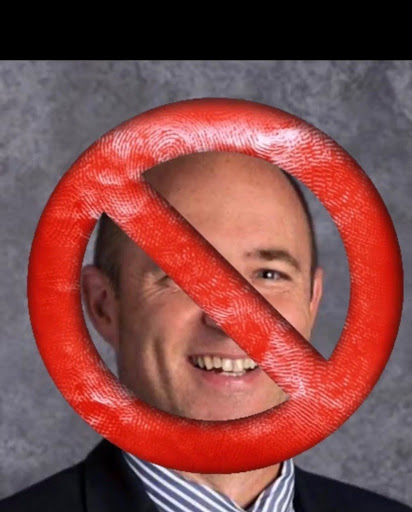 The first time I heard about the superstition surrounding the graduation platform was as a ninth grader during peer group. As we walked to wrap presents, one of my peer group leaders joked to my classmate Aakash Koduru ’20 that it was good luck to walk on the platform before the day of graduation. Several of my fellow peer groupies quickly prevented Koduru from doing so, telling him the truth of the curse that is legend at Mercersburg: if you walk on the platform before your graduation, you will not graduate.

Generations of students have stood by this idea; however, when we were in tenth grade, English teacher Frank Betkowski goaded two of his classes into testing the curse. On that dreadful day, 26 members of the class of 2020 stepped on the platform. Betkowski snapped photos, planning to display them in May 2020, showing that there was no need to be superstitious. After all, how much power could a graduation platform really have?

It is no secret that the world is currently in a state of turmoil. People have no choice but to stay at home to stop the spread of the novel coronavirus. Countries have essentially shut down. Mercersburg Academy initially delayed student return from break for several weeks but ultimately decided to close for the remainder of the spring term. Not long after, Governor Tom Wolf of Pennsylvania announced the closure of all Pennsylvania schools through the end of the academic year.

This has not been easy for anyone, especially seniors who are missing out countless, long-anticipated “lasts.” Additionally, they will not walking the graduation platform this May, in celebration of their years of work to finally become graduates of the Academy. Now, Betkowski could never have seen this coming, but it does seem a bit suspicious that after he allowed so many students on the platform, this class’s actual commencement is postponed indefinitely. Of the 26 students who were photographed, two no longer attend Mercersburg Academy, and the other 24, like the rest of their class, will not be graduating on the platform this May.

While some may argue that they will still graduate, I am not sure I would consider a virtual ceremony a true Mercersburg graduation. The platform holds meaning. People fought to ensure that it remained located between South Cottage and Keil Hall after a suggestion to find a location offering more space. For years seniors have walked that path to receive their diplomas, crossing the line between student and alumnus. This is a tradition not to be messed with.

I wondered why students risked their future in the first place. Jack Kothari ’20 said, “We stepped on the platform to test the Fates and do something scandalous. Having class outside led to one thing or another and next thing we know, we are all standing on the cursed steps!” Cursed, indeed. Those steps are meant only for seniors in May.

Caroline Kranich ’20 said, “Honestly, I just did it because I wanted to have class outside. I’m not very superstitious and was pretty confident I wouldn’t get kicked out. I had been on it before, and have been on it since, so I just didn’t think it was a big deal. There was no way the whole class was going to get kicked out anyway, so I wasn’t worried when we went on it during Mr. B’s class.” Though Kranich and some others have been fortunate enough to step on the platform, the rest of us are not so lucky. Also, this is another reason for my list of why class outside is never a good thing.

Most who did it are regretful now that they have had their senior year cut short. Nick Camargo ’20 said, “I always knew it was a bad and stupid idea. And I was proven right.” Kothari agrees, saying, “With our current predicament, it may not have been a good idea. In true Greek fashion, we found our fate no matter what we did to thwart it.” And if we are speaking Greek, this is certainly a Greek tragedy with the death of our senior year driving the plot.

Kranich has thought back on her platform experiences: “I have to say, since we got the first email about break being extended, I have thought about my going on the platform countless times. I can’t help but wonder if I would be at school right now had I not gone on the platform. Maybe, just maybe, things would be different.”

However, after having been frightened during peer group, Koduru no longer feels afraid: “I don’t really feel that bad about stepping on the platform because I don’t think that was the reason we will not have a regular graduation.” Well, that makes one of us.

Our current situation is no doubt unexpected. It is still hard to grasp the reality, but I must say, this lax attitude about the power of the platform seems to be coming back to bite us. Should you have Betkowski in the future, avoid his plans to prove superstitions wrong and remind him of the cursed Class of 2020. I am not saying it is his fault, but well, maybe it is. For now, the only echoing of old Mercersburg’s name seniors will hear will be from the bad connection on Google Hangout, so think before you step on the cursed platform.