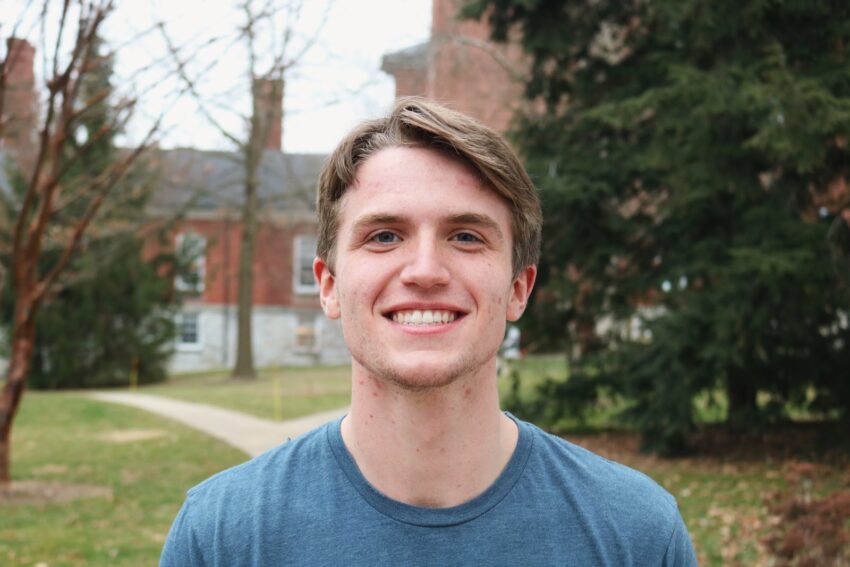 In a course typically heavy with visuals, Mason Reed ‘21 stands apart in this winter’s CommArts Springboard class with his mixing music project. He is the only student in the class creating music for his project.

He began his beat making career as a lower middler in the Mixing Music arts course taught by music director Bryan Morgan ’07. Reed says, “I really liked the class, so I started making music during my free time.” Excluding his time in the Mixing Music class, Reed says that he has been making his own music for over a year once he got his own software. Reed draws inspiration from Nav and Playboi Carti.

In a classroom surrounded by painters and graphic design artists, Reed is left to create and edit songs without much critique. In addition, he has had to overcome the obstacle of taking his Springboard class online for the majority of the course. However, he has remained dedicated to this project despite the setbacks that many students have faced this winter as Mercersburg Academy continued learning virtually.

Reed has focused his project work on four beats, and he will have other students record over them for his final product. Reed creates his beats upon request, and he describes his style as “background music and hip hop based.” He says, “I try to make beats depending on what people ask for so they can record over them.” He has a freestyle group that will record over one of his songs.

Of the four beats that he is creating, Reed’s favorite is a “Deuce Duke type beat,” as yet unnamed. While Reed is passionate about his music making, he says that he will likely continue to create beats as a hobby rather than as a career.