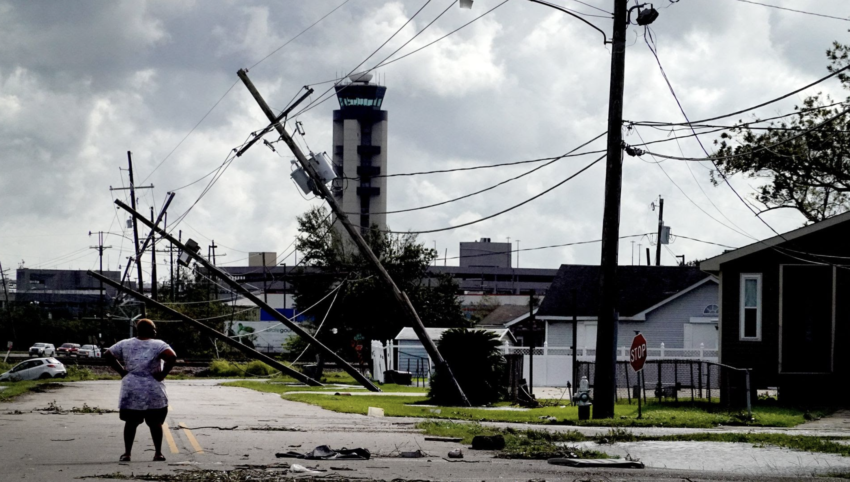 Hurricane Ida hit the state of Louisiana and its surrounding areas in late August and early September, with a ranking of category four. “There was no power so we had to run a generator. No cell service. I lived right outside a park and my mother sent me all of these pictures; tree branches were down and the grass was dead. It was really bad.” said Bridget MacPhaille ’22 of New Orleans, LA.

“Hurricanes have always happened and will always happen,” said New Orleanian Dorothy Scuba Gray ’23. Yet with the expectation for increasingly raging weather comes man-made interventions such as the levee system now in bowl-shaped New Orleans. “In this storm during Ida, the levees held and the pumps worked,” Skuba-Gray said. She explained the evacuation procedure, stating that residents have made “a little gentlemanly agreement that people outside of the cities go first, so people inside the cities don’t clog up traffic. The low-line parishes on the coast, they almost always evacuate first.”

“During Ida, I got 5 emergency alerts in like 3 minutes,” Skuba-Gray said. While residents did receive updates from social media, text subscriptions, and phones’ automatic alarms, according to MacPhaille and Gray, the ever-changing nature of the hurricane meant that any sufficient warning might still feel short. “My mother wasn’t aware of how severe it would be. The only warnings she received were on her phone, hours prior to the heavy rainfall,” said Kaori Graham-Myrie ’22 of Cresskill, NJ.

Skuba-Gray explained the growing sense of alarm among residents of the Gulf coast. “Because of climate change, and the Gulf of Mexico getting warmer, hurricanes got stronger, faster. Storms can go from category one to category four over two days, and it did not use to be like that.”

Members of the Mercersburg community can help by “giving students who are from those affected areas an understanding deal, you know, like, I still don’t know for 100% certain what the state of my home is,” Skuba-Gray said. MacPhaille said she’d wanted to be there for her family post-hurricane, but her friends and advisor have been supportive and caring. There has been fundraising on major sites like Amazon. “It would be nice to ever have a charity for other people who have their houses flooded or burned down or trees falling on them,” MacPhaille said.

In such helping endeavors, Skuba-Gray suggested that more attention be focused on affected areas that were not in the spotlight. “Everybody focused on New Orleans, and that was where most damage and most deaths were (in Hurricane Katrina), but it was not the only place that got hit. I get why people focus on New Orleans, but it can be to the detriment of the other areas.” Graham-Myrie offered, “Since severe weather incidents are only going to increase, the school should have a plan in place in order to keep everyone safe and secure. It will help to assure parents of their students’ safety in case of future natural disasters.”