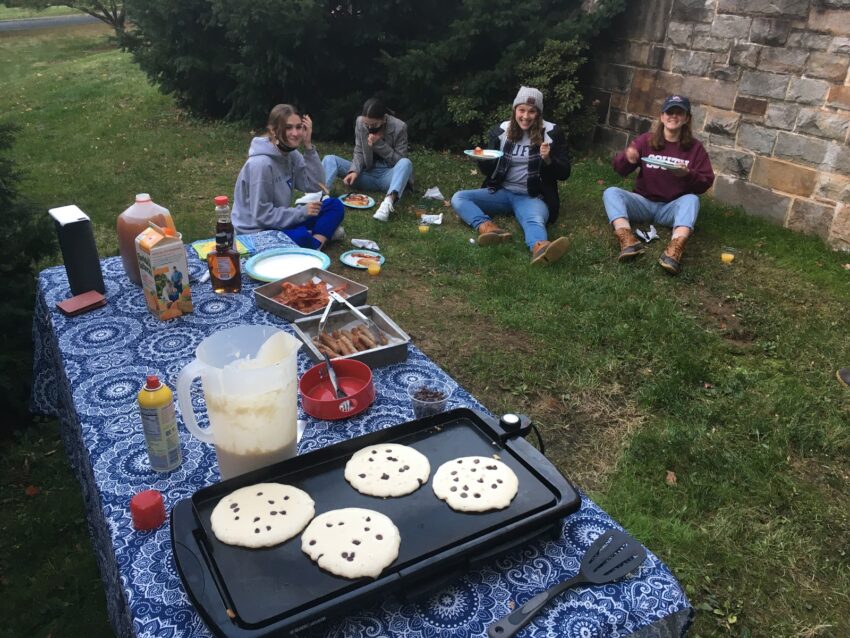 There have been many changes at Mercersburg this year, including the structure of advisory groups, which has undergone revision in preparation for the present school year.  Assistant Head of Student Life and Culture Chris Howes, orchestrator of these updates, said, “This year, we asked for volunteers from faculty and staff who were not working in the dorm if they were interested in being advisers, and we had a lot of people volunteer.  What that means is that we have piloted this idea of having more adults on campus be advisers, and it therefore shrinks the sizes of the advisories in the hopes of building stronger connections between the adults and the students in those groups.  It also means that there are people that are advisers that are not necessarily affiliated with a dorm.”

Howes explained that the goal of the reform was to all the opportunity for multi-dorm and even co-ed advisories, making for smaller, COVID compliant groups and enabling possibility for a student switching dorms from one year to the next to remain with a long-standing adviser.  Since these revisions are still experimental, the benefits of linking compatible students versus those from different ages or dorms are still being explored.  According to Howes, the shift received a mixed but largely positive reaction from the adults on campus.  He believes that dorm-based advising gives teachers a good opportunity to connect with students, and many faculty and staff members believed that such important personal connections prove the benefits of keeping advisers and their groups affiliated with a dormitory.

Josh Terris ‘22 is one of only three students in his advisory.  He has thus far loved the experience, feeling very connected to his group’s members. He said, “I’d be fine with [being in a multi-dorm advisory], but something I look for in an advisory is the closeness of its members and the amount of activities possible to do with those members… I would be overjoyed to have them in the advisory, but I think it would limit our options to do things as a group.”

On the other hand, longtime teacher, coach, and adviser Tom Rahauser explains his belief that an advisory’s experience is based on the group dynamic.  Due to the fact that Rauhauser is a virtual teacher this term, he no longer does duty in his affiliated dorm, Keil Hall.  He says, “I just miss seeing them in their element.  For me, it’s not quite the same.  I like being where they are.  It’s amazing how some people gravitate to you and you can just sit and talk.”

Overall, it seems like spreading out an advisory across multiple dorms could interfere with the group’s sense of connection, whereas keeping the groups small can be beneficial for students and faculty alike.  In a year such as this, the quality of personal relationships should undoubtedly be prioritized. Regardless, no final decision about the advisory system has been finalized, either keeping groups affiliated with a dorm or opening the door for truly mixed bunches.