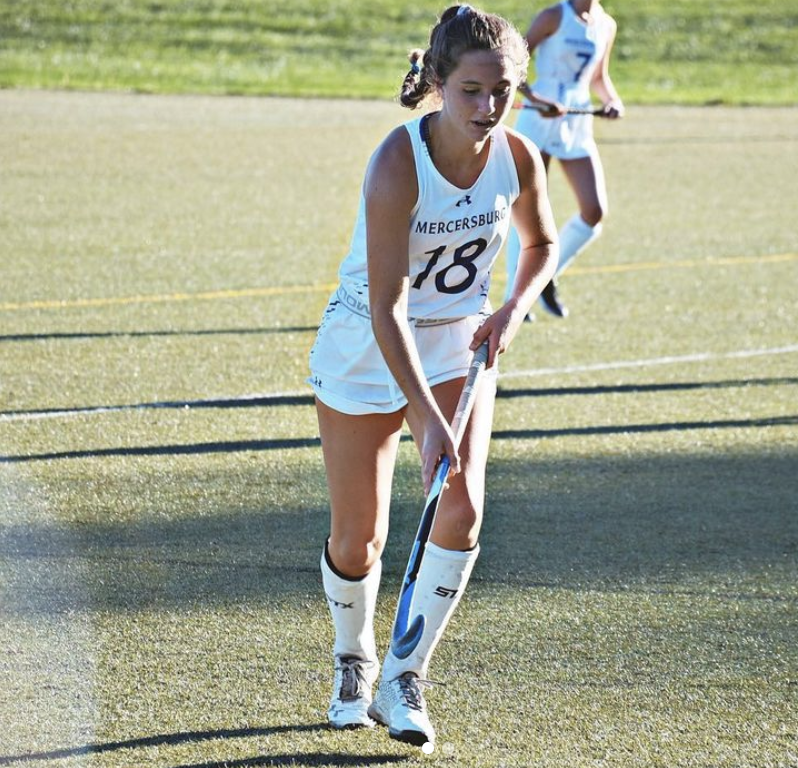 The Blue Storm field hockey season began with some difficult games, but now at week six the athletes have turned around the season and logged multiple wins in recent games.

Storm endured heartbreaking MAPL losses to Blair Academy as well as to The Lawrenceville School. However, subsequently the team went on to record wins against Saint James School, Southern Huntingdon High School, and The Madeira School, taking each victory in a six or more point differential.

“From my coaching point of view, we’ve won the games we should win, and quite handily,” Kristen Ahlgren, head coach, said. “I see improvement from game to game, and we are able to move forward with more complex drills and strategies as a result. When we’ve been outmatched, I’ve been happy with the grit and hustle we’ve shown.” Due to the lack of a junior varsity field hockey team, team members possess a variety of different skill sets and experience levels. Ahlgren said, “We don’t really slow down for beginners. They do a nice job catching up! It’s great to have such a strong group of athletes on the team because they’re fast and smart, and they don’t give up.”

The team attributes much of their growth through the season to their close bonds. Catherine Kidd ‘24 said, “When you all are going on bus rides, having team dinners, and working as hard as we do, team bonding happens naturally and you can tell everyone puts in the effort to be there for each other. Our chemistry is all about supporting each other and bringing everyone up.” New team member Emma DiLalla ‘24 said, “I have never had a team bond as strong as ours, and the amazing thing is that forming that bond only took a few weeks. It already feels like, no matter where we go in the future, the chemistry will always be there.”

The drive and attitude towards practice and playing time that they display is another aspect of the team that has enabled them to progress. “We all want to be there and be the best that we can be. We do it for ourselves, each other, and our coaches,” remarked Kidd. Ahlgren put it plain and simple: “Our team is really coming together.”

The fall athletic season is slowly coming to an end and the team currently stands at an even 4-4 record while preparing to face tougher opponents. The team will welcome The Hill School and Forbes Road High School to finish their season.