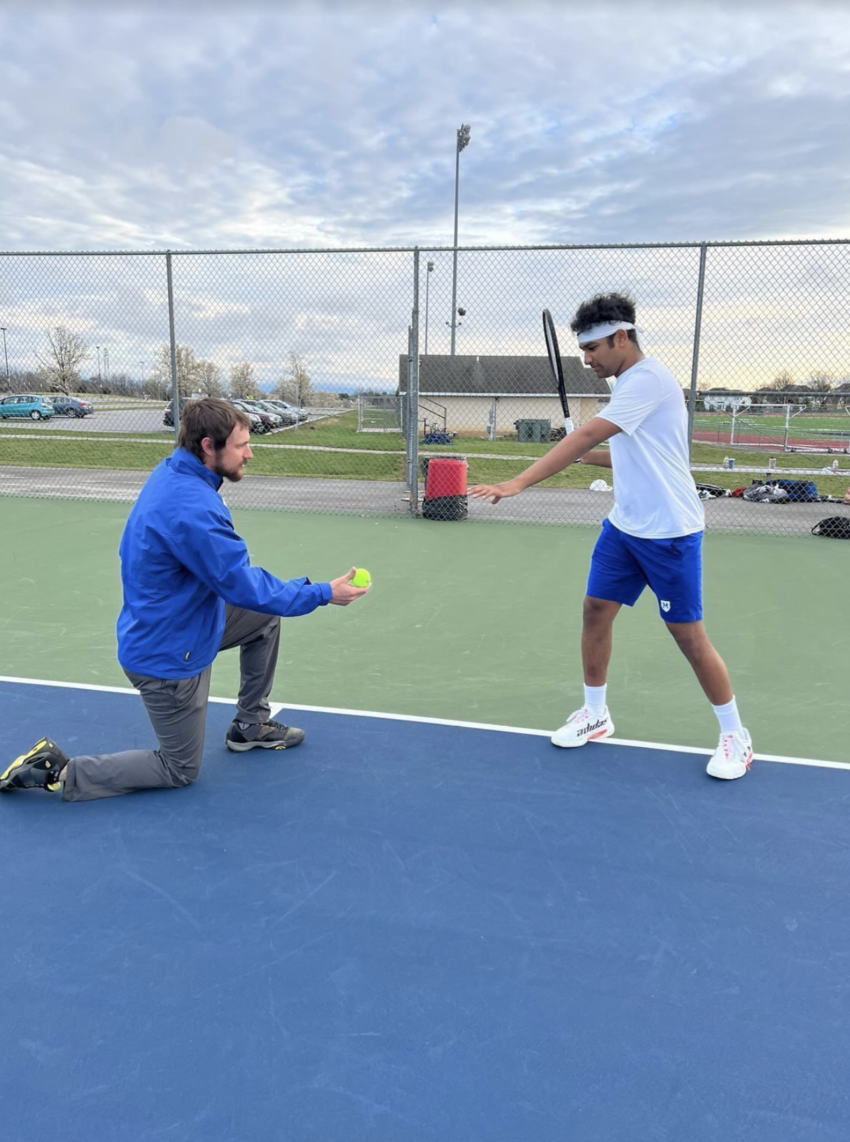 This spring season, the Mercersburg JV boys tennis team is working with a new coach but a familiar face, Kathleen Su. Su is the mother of two current students, Isabel ’23 and Oscar ’25 as well as the former assistant tennis coach at Goretti High School in nearby Hagerstown, Maryland.

Su is a long-time tennis player with a true passion for the sport. “You can play tennis until you’re 90 years old. As long as you can walk, you can play tennis,” Su explained, suggesting that she intends to do just that. Her obvious love for the sport is precisely what makes Su such a fantastic coach.

Su not only brings her experience and coaching style with her, but also a vision for the program. “My goal for the program would be, really, to see it expand and hopefully, instead of having just a Varsity and a JV, to possibly have a recreational league, because I know there’s a lot of people who want to play.” So, for those who didn’t make it to the court this year, fear not, coach still has you in mind!

Su is very passionate about uniting the team. “I like to have them out here as much as possible; it helps that we have indoor courts so that they’re always playing.”

The team has received their assistant coach with open arms and is ready for an exciting season. “She’s really kind! She gave us a bunch of fruit, Gatorade, and muffins one time,” said Nathaniel Goodheart ’24. “I like to bring them little creature comforts that they can’t access here,” said Su.

Su is a strong coach, avid tennis player, and a great presence on the courts. Who could resist tennis and treats? It will be truly exciting to see how the tennis team, led by Su, performs this year and many to come!