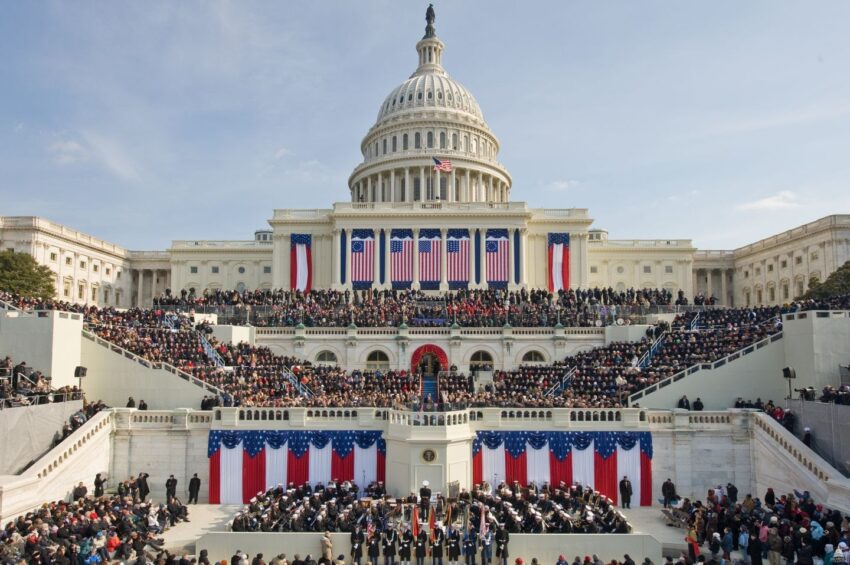 From the COVID-friendly treatment of a centuries-old tradition to the National Youth Poet Laureate Amanda Gorman’s awe-inspiring performance, the Inauguration of Joseph R. Biden was certainly one for the record books. Artists like Lady Gaga, Jennifer Lopez, and Garth Brooks performed during the historic ceremony and even more continued to perform in the nighttime. This particular presidential inauguration saw many firsts, firsts that many do not wish to see again and some that many wish to see repeated in years to come.

Speeches were delivered from a variety of politicians, the most notable being President Biden’s own address to the nation. Filled with calls for unity and patriotism, Joe Biden urged citizens that it was time to lower the temperature in the country and engage with one another, respectfully and thoughtfully. A major component of Biden’s speech was his oath to Americans, his promise for what he would do and how he would do it: “Together, we shall write an American story of hope, not fear; of unity, not division; of light, not darkness; a story of decency and dignity, love and healing, greatness and goodness.”

A new chapter in American history is beginning, and Joe Biden is the Commander in Chief to make that renewal a reality. At one point in his speech, the sun began to shine on his face, not harshly but inspirationally, and one could not help but be amazed by the glow that radiated from Biden’s face, enforced by his commanding and uplifting words. Not unlike his speeches from the campaign trail, Biden’s inauguration address was meant to unify the country and give hope to those who are hopeless about the nation’s future, no matter their political affiliations and beliefs.

When it came to firsts, one must turn their attention to the swearing in of not only the first female, but the first Black and South Asian to the vice presidency in American history. Kamala Harris couldn’t stop the smile that crept over her face as she recited the Constitutional oath of office, and viewers could not stop smiling either, for it was inspiring to witness progress being made in America. Harris’s vice presidential run was certainly impactful on Joe Biden’s success in the 2020 presidential election, and their partnership is one that heralds a more inclusive future.

The real showstopper of the 2021 Presidential Inauguration was neither Biden nor Harris. It was Gorman, the National Youth Poet Laureate, whose spoken word performance of one of the most heart-seizing poems in American inaugural history. Her poem, The Hill We Climb, was nothing short of a masterpiece, and that is certainly how it will be remembered. One of the lines that resonated with many viewers was her call for action, for bravery, “There is always light, if only we are brave enough to see it. If only we’re brave enough to BE it.” If a full audience had been in attendance, they would have undoubtedly given her the fullest standing ovation of the historic day for her poem and performance. Her showstopping recitation caught the attention of the nation, and she has been since invited to perform yet another original poem at this year’s Super Bowl.

The official Inaugural address ended an hour or so after noon, but the celebration did not stop there. After Biden and Harris spent a solemn moment in Arlington National Cemetery in the afternoon, the evening was filled with more compelling moments, those intended to celebrate the people of the United States. An evening special aired live across the nation, hosted by Tom Hanks and included a special addresses from the President and Vice President, as well as anecdotes from American citizens across the country, stories of inspirational courage, bravery, and dedication to others during the pandemic. In addition, musical performers of all genres performed during the special, offering tributes to the themes of the day: unity and a fresh start.

Though much of the 2021 Presidential Inauguration was different than in years past, it nonetheless captivated audiences across the nation and across the globe. It was historic, and it was emotional. It turned a new page in American history, and it did so with gusto and pride. It gave Americans a reason to hope for a future of unity and progress. As a nation, it can only be hoped that the United States sees better days ahead.