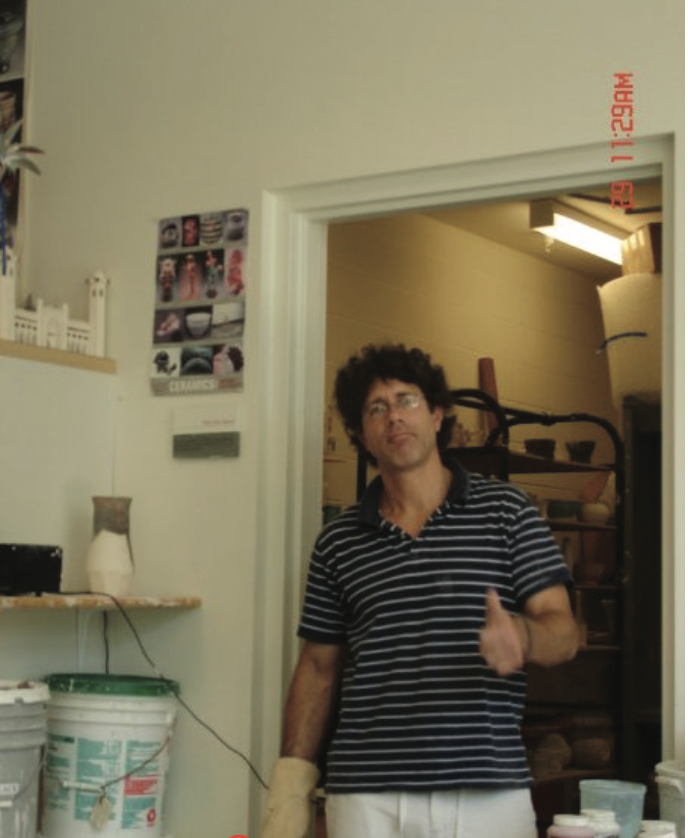 After 23 years of serving the Mercersburg Academy in various positions, including head of the arts department, studio art and art history teacher, head coach of varsity girls’ squash team, but most notably as the ceramics and sculpture teacher, Wells Gray is retiring.

Over the past 23 years, Gray has had a notable influence on the Mercersburg community. Both as a teacher and a sculptor, Gray has been respected and admired. A former student of Gray’s, Michael Lo ‘09, recalled, “The connection I had with Wells would not have transcended into a friendship if it weren’t for Wells’ genuine personality and quirky sense of humor. It was also these traits that made Wells approachable and loved by his students.” Lo noted that during his four years with Gray at Mercersburg, Gray fostered an environment in which Lo was able to comfortably express himself through ceramics. The passion for the medium which he shared with Lo made Lo’s times at Mercersburg memorable. “It’s truly an honor and blessing to be taught by Wells and I will forever cherish the friendship we share,” Lo added.

Both Gray’s student and advisee, Peter Rice ’23 said, “Mr. Gray has been a great influence on me. In his class, he pushed me to learn new techniques and helped me create a great woodworking project.” Cocona Yamamoto ‘25, another of Gray’s current students added, “Mr. Gray taught me many techniques that I would’ve never thought of. Mr. Gray made me enjoy and love ceramics more,”

Gray also influenced his colleagues. Arts teacher and director of galleries Sydney Caretti said, “As a coworker, he is one that I strive to emulate.” Gray’s experience at many academic appointments including Bennington College, the University of Massachusetts-Dartmouth, the Kildonan School, and numerous art centers throughout the country has allowed him to hone his teaching methods with each successive generation of students. “He is tough but fair in his grading and the ease of transfer when he teaches his students how to be successful in their work is done with respect and high expectations,” Carettti added.

Inspired by his memories of playing as a kid, he creates unique art with clay. It was the throwing class he took his senior year spring term that brought Gray to ceramics. Caretti said, “His skill set for creating aesthetic, high-quality work is incomparable in everything he does.  It’s more than evident in this retrospective of sophisticated artwork.”

Kristin Pixler, Arts teacher and head girls’ soccer coach, said, “I think his work will give our community another window into a talented artist and reveal many of what influenced him throughout his years as an art educator and ceramicist.”  Gray has given much of himself to the community and it is now time for him to invest his efforts into art full-time. Gray’s collection of work, Consequence of the Earth (A Retrospective), will be exhibited May 6 for students and May 7 for adults at the Cofrin Gallery in The Burgin Center for the Arts.